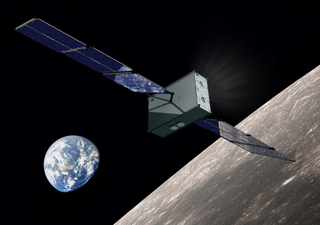 While NASA has big plans to return humans to the moon in 2024 under its Artemis program, the agency is also thinking small by working to support the development of tiny robots and satellites.

NASA announced that it will collaborate with nine university teams to develop satellite technologies related to navigation, propulsion and the management of heat transfer in small machines. The agency did not specify the launch dates for the satellites, and not all of them will necessarily go to space. But the overall goal is to "help blaze the trail" for future crewed missions, NASA officials said in a statement.

"As we prepare for the next robotic and crewed missions to the Moon, we expect small spacecraft to help forge the path ahead by scouting terrain, prospecting for resources and establishing communications and navigation capabilities," Christopher Baker, program executive for the Small Spacecraft Technology Program, added in the statement. "Taking advantage of their small size and shorter development timelines, small spacecraft are increasingly capable as both rapid precursor missions and as cost-effective, in-space infrastructure."

Related: NASA's 'critical path' to the moon no longer requires a Lunar Gateway

The goal of the program is to mature nascent technologies for moon exploration, NASA said, especially to help astronauts on future crewed missions to the moon accomplish more than the Apollo crews were able to do with their available technologies in the 1960s and 1970s. NASA's longer-term goals are to build a "sustainable presence" on the moon and to test technologies there for an eventual Mars mission in the mid-2030s.

The program includes the following missions: