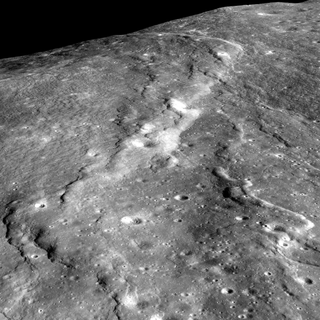 A Lunar Reconnaissance Orbiter image of the surface of the moon.
(Image: © NASA/GSFC/Arizona State University)

Among the dozens of spacecraft that have visited the moon, none can come close to the tenure of NASA's Lunar Reconnaissance Orbiter, which recently marked a decade studying our sibling world.

The spacecraft, nicknamed LRO, began its work in lunar orbit in September 2009. Since then, the spacecraft has circled the moon again and again. Its work is repetitive but far from dull. On each circuit, the scientists watching its data from home can identify differences on the lunar surface as meteorites, and occasionally spacecraft, slam into the moon. The ability to see changes over time is what makes LRO's longevity so valuable to scientists.

LRO has outpaced every other lunar mission by far. Its nearest competition comes from the twin ARTEMIS probes, which NASA built to study Earth's magnetosphere then redirected midmission to lunar orbit. The two spacecraft have been at the moon since 2011 and are still operating.

The only other competition comes from NASA's Explorer 35 mission, which spent six years at the moon in the late 1960s and early 1970s and concluded that the moon does not have its own magnetosphere. Otherwise, lunar missions have tended to last about a year at most.

Despite its long stay, so far, LRO is holding up well. "We built the spacecraft to last one to two years. Here we are, 10 years later," Petro said. "Oh my goodness, the warranty is over! But it's like people who have really high-end cars — we take extremely good care. We are very cautious with the spacecraft, do nothing to it that would risk the life of the spacecraft."

One of the riskiest times in the mission is during a lunar eclipse, when the spacecraft gets temporarily stuck in darkness, with Earth blocking the sun. Fortunately, LRO won't experience that situation again until May 2021, Petro said, which will be a relatively short eclipse, and then again in May 2022.

Slipping occasionally into darkness is still easier for a spacecraft than what machines face on the lunar surface. On the moon, day and night each last the equivalent of two weeks on Earth, and during that long darkness, temperatures plummet. The bitter cold freezes whatever hardware does make it to the surface safely, shortening the life span of that equipment.

But from orbit, LRO has been able to remain at work for a decade, gathering huge amounts of photographs and measurements of the lunar surface. To date, the mission has produced a stunning 1.1 petabytes of data, according to Jay Jenkins, program executive for exploration at NASA's Science Mission Directorate, who spoke during a public presentation in September.

In the context of NASA, that's "twice as much data as all other missions combined," he said. "We know the surface of the moon better than any other body in the solar system, including Earth, because the Earth has so many oceans."

Ironically, the massive lunar database that LRO is still building can help scientists better understand Earth's surface, despite those pesky oceans. That's because Earth and the moon are close enough that they should have experienced essentially the same frequency of impacts over the course of geologic history. Most of Earth's craters have disappeared, melted by plate tectonics, eroded by the wind or covered in water. The moon's are still right there, though, in stunning view of LRO.

"Basically, we are understanding this object that happens to be our neighbor in space in a way that allows us to really disentangle its history," Petro said. "When we do that, we apply that knowledge everywhere across the solar system."