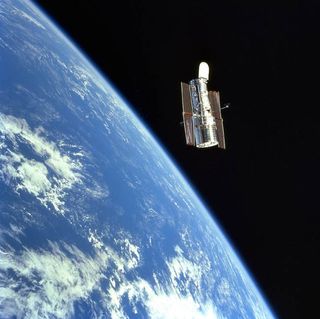 NASA was hoping to launch seven astronauts to Hubble aboard the shuttle Atlantis on Oct. 14, but delayed the mission to February after a serious hardware failure prevented the space telescope from relaying the bulk of its images and data to Earth in September.

Then in October, the launch was postponed to no earlier than May. Now a date has been picked.

Engineers have been working to prepare a spare data handling unit for the telescope to replace one that failed Sept. 27. They expect to be able to ship the spare, known as the Science Instrument Command and Data Handling System, to NASA's Kennedy Space Center in Florida in spring 2009, today's statement said.

The mission is planned to be an 11-day flight with five spacewalks to extend Hubble's life into the next decade by refurbishing and upgrading the telescope with state-of-the-art science instruments and swapping failed hardware.

All target launch dates are subject to change, NASA noted.