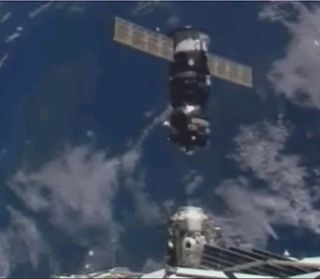 The cargoship, also known as Progress 27, has been docked to the ISS since December 26,2007.

In thesecond half of February, Progress M-60 will be dumped into the so-called Spacecraft Cemetery in the Pacific Ocean, 3,000 kilometers from New Zealand.

Beforeundocking, the ISS crew including Russian astronaut Yuri Malenchenko, NASAastronauts Peggy Whitson and Daniel Tani loaded the spacecraft with waste andused equipment, while stripping the craft of all expensive equipment that willbe taken to Earth either on the U.S. shuttle or on Russian's piloted spacecraftSoyuz.

"ProgressM-62 has made out space for the next spacecraft to be launched from Baikonur onFebruary 5, at 4 p.m. Moscow time.