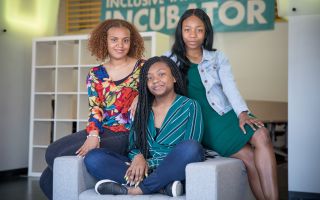 NASA shut down the public voting phase of a student science competition after internet trolls tried to influence the vote, according to The Washington Post.

The OPTIMUS PRIME Spinoff Promotion and Research Challenge (OPSPARC) urged students from grades 3 to 12 to come up with possible NASA spinoff technologies. Part of the judging process included a vote, open to the public, in which internet visitors could choose their favorite projects.

According to the Post, anonymous users on the online forum 4chan negatively targeted a black female team from Banneker High School in Washington, D.C. The team consisted of 11th graders Mikayla Sharrieff, India Skinner and Bria Snell. The teens' project aimed to make water fountains drinkable in schools with lead-contaminated pipes. But as the teens and their supporters spread word of their project through social media, voting was compromised on April 29, the Post reported. [NASA's 10 Greatest Science Missions]

"The anonymous posters used racial epithets, argued that the students' project did not deserve to be a finalist and said that the black community was voting for the teens only because of their race," The Washington Post wrote in an article Tuesday (May 2).

"They urged people to vote against the Banneker trio, and one user offered to put the topic on an internet thread about President [Donald] Trump to garner more attention," the Post added. "They recommended computer programs that would hack the voting system to give a team of teenage boys a boost."

NASA officials said that they had an accurate record of the vote count before the disruption took place. The top finalists in each category — a group that includes the Banneker team — were posted on the challenge website, and a panel of judges from NASA's Goddard Space Flight Center in Greenbelt, Maryland, will select the winners. They will be invited to Goddard for two days of workshops and will receive a $4,000 stipend for their expenses.

"Some members of the public used social media not to encourage students and support STEM [science, technology, engineering and math] but to attack a particular student team based on their race, and [they] encouraged others to disrupt the contest and manipulate the vote," NASA officials stated on the OPSPARC website. "The attempt to manipulate the vote occurred shortly after those posts. NASA continues to support outreach and education for all Americans and encourages all of our children to reach for the stars."

On April 30, Sharrieff posted a statement on Twitter on behalf of the Inclusive Innovation Incubator, where her team volunteers and does community service. "The ladies are extremely satisfied with their showing in this challenge, regardless of any final outcomes," the statement said in part. She also posted the hashtag #NoLongerHiddenFigures in a separate tweet, referring to the 2016 film "Hidden Figures," about the contributions that black female NASA employees made during the Cold War space race.

"It is disgusting that a group of hateful, racist hackers tried to ensure that this team would not win the competition," Eddie Bernice Johnson, D-Texas, ranking member of the U.S. House of Representatives' Committee on Science, Space and Technology, wrote in a statement on Friday (May 4).

"In a competition that is meant to celebrate intelligent, innovative and imaginative students and promote their educational experience, I am deeply saddened to hear that a group has been singled out based on their sex and the color of their skin," Johnson added. "In 2018, we must encourage all students to persevere and strive to achieve their goals, no matter what obstacles attempt to stand in their way."

"Mikayla Sharrieff, India Skinner and Bria Snell are an inspiration to our nation. We, as a country, should draw inspiration from and celebrate these self-described 'Hidden figures in the making,'" added Sen. Bob Casey, D-Pa., on Twitter. "They represent America's future, and the racists who attacked them don't. I urge @realDonaldTrump to send a powerful message and use his platform to denounce the attacks on these bright young minds."