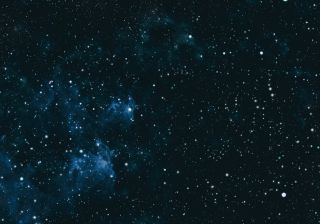 Art and science are often seen as complete opposites: art is subjective, while science aims to discover objective facts about nature.

But more and more, we are realising that there are commonalities between the two. While technical skills are often attributed to scientific endeavours, there is clearly technical skill required in creating artworks. And while art is all about imagination and creativity, so too is devising an experiment or new analysis technique to test some hypothesis. You might not realise how much time I, as a scientist, have to spend trying to make my figures as clear and aesthetically pleasing as possible.

Given these overlaps, art-science collaborations have become more common. In the world of physics, these have often involved artists discussing scientific ideas with current researchers which then lead to artworks, be they paintings, sculptures, interpretive dances, or whatever. In fact, various research institutions, such as the CERN and the European Space Agency, and even some university physics departments, have artists in residence. Such collaboration should be encouraged and can benefit both parties: the scientist may gain new insights or be reminded of the bigger picture by talking with artists, and artists can broaden the range of their work by expressing different ideas based in science.

But if a piece of art is inspired by science, it isn't always apparent to audiences. It's not always easy to see the original scientific concepts in the artworks themselves. Sometimes these concepts get lost in translation: naturally the onus isn't on communicating science but in creating something entertaining, thought provoking or of beauty.

However, with the wealth of data being created nowadays, such as from long-running space missions, city traffic cameras, and places like Google and Facebook, new ways of collaborating with scientists are emerging. And art which explicitly incorporates real data has the potential to create more transparency in such collaborations.

My own research concerns sound in space. This sound isn't audible to the human ear: it's incredibly weak and much lower in pitch than our ears can detect.

Normally, therefore, we just study the data by looking at these oscillations (or figures from some analysis of them). But just like an orchestra consists of many different instruments which can be played in a variety of styles, there are many different types of sounds present in the space around the Earth which often occur simultaneously.

Separating these out using a computer can be very difficult, but the human auditory system excels at such tasks. That's why I made some of these measurements audible, releasing them online and asking the public what they thought space "sounds like." The idea being that this could help re-contextualise the data for researchers, potentially bringing new insights, but also identifying events for future study in the research. The responses were incredibly varied, ranging from things whizzing by, to whistling, static, and even insects fighting.

As I'd created this audible version of the data I use in research, I thought that there must be something else that could be done with it. And so I decided to run a film competition, challenging filmmakers to be inspired by these sounds and incorporate them into shorts in some way. I decided to keep the brief really open with no limit on genre or topic, only that the films had to use some of the space sounds (which they were free to modify in any way) somewhere in them. I had no idea how this community would take to such a challenge or what on Earth (or more technically, off it) the results would be.

I was really impressed with the number of film submissions we actually got. They were all so different and the quality was so high, which made the judging process very difficult indeed. My team of judges and I have managed to whittle the entries down to seven short films for cinematic screening at a special film festival in London.

One young filmmaker from Manchester, Aaron Howell, decided that the whooshing sounds present in the data evoked movement and was able to mould these around a fast-paced contemporary dance performance. Another team of London filmmakers took the concept of "space sound effects" quite literally and came up with a scenario that would fit well with the space sounds – a man tending to his garden.

Others manipulated the sounds more. For example, Jesseca Simmons, a young filmmaker from Chicago, was able to bring out a sense of being underwater and convey the experience of a fish by playing with the space sounds, something I would never have thought of.

The sounds took on an incredibly creepy vibe in a Brazilian short film, in which filmmaker Victor Galvão coupled his unnerving audio composition with 35mm slides found in a medical archive to make something really unique. These are just a few examples of films selected from the competition.

It's weird to think that all those diverse and disparate ideas clearly link back to audible data recorded in space. One filmmaker got back to me with an interesting perspective on the project as a whole:

Whether the project will actually do that remains to be seen, but hopefully this will also inspire other scientists to open up their data in useful ways for artists, musicians and filmmakers. The potential results, as I myself have witnessed, are quite simply unimaginable.