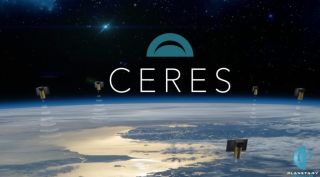 GREENBELT, Md. — A year after announcing plans to develop a constellation of Earth observation satellites, Planetary Resources has set that effort aside to focus on its core mission of asteroid prospecting.

The company announced in May 2016 a satellite system called Ceres that would ultimately include 10 small satellites capable of providing hyperspectral and mid-wave infrared imagery. That announcement was tied to a $21.1 million funding round for the Redmond, Washington-based company.

At the time, Planetary Resources argued that Ceres would provide information not readily available from other Earth observation systems, offering useful insights for agriculture, natural resources and other fields. The system would also test out instrument technologies needed for the company's future missions to near Earth asteroids that would look for resources like water ice.

In recent months, though, the company had made little, if any, mention of Ceres. As recently as March, the company included information about Ceres on its website, according to archives of the site maintained by the Internet Archive. The company's website today no longer offers that information.

Chris Lewicki, president and chief executive of Planetary Resources, said after a presentation at a June 13 meeting of NASA's Small Bodies Assessment Group here that the company still has an interest in an Earth observation system, but it is now a lower priority compared to other work more directly linked to asteroid prospecting.

"That continues to be something that we're capable of doing," he said of Ceres. One challenge was a series of delays in launching the company's next technology demonstration satellites, called Arkyd-6, that would test its mid-wave infrared instrument with imagery of both the Earth and space. The company wanted the data from the spacecraft to "show to the community who would buy that type of data."

However, he said Earth observation is less of a priority than other efforts more closely linked to asteroid prospecting. "We've got a lot of focus on our asteroid prospecting today," he said, which he credited to support — regulatory and financial — from the government of Luxembourg, which has a space resources initiative.

There is also, he said, "increased interest from the mining community" in the company's capabilities. "A lot of the work that we've actually been doing very recently has been working directly, under contract, with some companies in the mining community, and that's been helping to educate current and future opportunities as well."

Lewicki said the two Arkyd-6 spacecraft, each a six-unit cubesat, are nearing completion at the company's facilities and should be delivered in the next month for launch in the fall on an unnamed launch vehicle. "It really honed the team, our processes and our facilities," he said of the spacecraft's development.

That team is now up to 70 employees, he said, both at the company's headquarters and an office it has established in Luxembourg. Lewicki said the company is actively hiring, including seeking a chief scientist and planetary scientists to support its asteroid prospecting work.

Those spacecraft will be technology precursors for the company's first asteroid prospecting spacecraft, scheduled to launch as soon as 2020. "We're now into the detailed design of our asteroid exploration program, working towards launch readiness in the second half of 2020," he said.

The company is looking at a number of near Earth asteroids that can be reached relatively easily from the Earth and show signs of having hydrated minerals. Those missions, he said, would study the asteroids with remote sensing instruments as well as "contact science" on the asteroid's surface. That, he said, "would be able to demonstrate confidence that we have an economic mining target."

"This is an ambitious schedule," he acknowledged, "but one that we think is available to us."