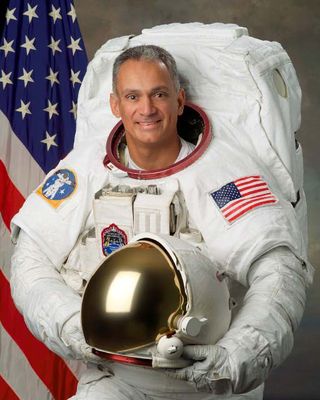 EXPERIENCE: After graduatingwith his undergraduate degree, Olivas worked for the Dow Chemical Company as amechanical/materials engineer responsible for performing equipment stress/failureanalysis for the operating facilities.

Upon completing his master's degree,Olivas pursued his doctorate while supporting engine coating evaluations forC-5 maintenance operations at Kelly Air Force Base. He also supported the Crewand Thermal Systems Directorate at NASA Johnson Space Center, evaluatingmaterials for application to the next generation space suits.

Upon completing his doctorate, hereceived a senior research engineer position at the Jet Propulsion Laboratory(JPL) and worked in the development of tools and methodologies fornondestructively evaluating microelectronics and structural materials subjectedto space environments.

He was promoted to Program Managerof the JPL Advanced Interconnect and Manufacturing Assurance Program, aimed atevaluating the reliability and susceptibility of state-of-the-artmicroelectronics for use in future NASA projects. Throughout his career, he hasauthored and presented numerous papers at technical conferences and inscientific journals.

From 1999 to 2002, he was assignedtechnical responsibilities within the Robotics Branch as lead for the SpecialPurpose Dexterous Manipulator Robot and the Mobile Transporter.

From 2002 to 2005 he was assigned tothe EVA Branch and supported the research effort focused on developingmaterials, tools and techniques to perform on-orbit shuttle repair. In 2006, heserved as lead of the Hardware Integration Section of the Space Station Branch,responsible for ensuring proper configuration and integration of future stationmodules and visiting vehicles.

Olivas is assigned to the crew of STS-117targeted for launch in 2007. STS-117 will deliver the second starboard trusssegment to the InternationalSpace Station with the third set of U.S. solar arrays, batteries andassociated equipment. Olivas is scheduled to perform two space walks inconnection with the deployment of the truss segment.