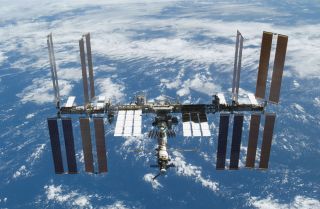 Two Russian cosmonauts will venture outside the International Space Station today (Aug. 10) in a spacewalk to install equipment, pick up an experiment and take pictures of the station.

The cosmonauts' primary task will be to install gap spanners on the station's hull, which makes it easier for spacewalkers to move around while doing their work. The veteran spacewalkers will also clean the Zvezda service module's windows, put fasteners on exterior communication antennas, replace an old rendezvous and docking antenna, and take pictures of the station exterior.

Padalka and Kornienko will also pick up an experiment called the Obstanovka Experiment. It was first deployed in 2013 and is intended to examine how space plasma (superheated gas) affects surfaces on the hull of the International Space Station.

This will be the 10th spacewalk for Padalka, who has spent the most time spacewalking of any human. Kornienko will be on his second spacewalk. This will also be the 188th spacewalk at the space station.

Kornienko is five months into a one-year mission on the space station, along with NASA astronaut Scott Kelly. The goal of the mission – twice as long as a typical space station stay – is to see how the human body reacts to extended periods in microgravity. Only a few people have stayed in space for a year or longer; they were all Russian cosmonauts aboard space station Mir in the 1990s.