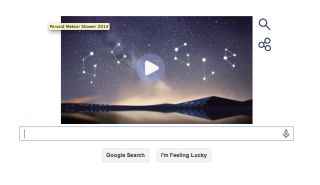 It's possible that bright moonlight could wash out many of the meteors from the shower, but even if you can't see it in person, NASA and the Slooh Community Observatory will host two Perseid meteor shower webcasts and you can watch them on Space.com. Slooh's webcast begins at 7 p.m. EDT (2300 GMT) and will show live views of the night sky from the Canary Islands. NASA's live show is scheduled to begin at 9:30 p.m. EDT (0130 Aug. 13 GMT) from the Marshall Space Flight Center in Huntsville, Alabama. [How to See the 2014 Perseid Meteor Shower]

The Perseid meteor shower is best seen from the Northern Hemisphere, however, observers in the Southern Hemisphere could also be treated to a special cosmic show. Weather permitting, skywatchers around the world could see 30 to 40 meteors per hour on Wednesday morning from 3 a.m. to 4 a.m. local time, according to NASA. In order to see the show, stargazers should try to be far from city lights under a cloudless sky.

The Perseid meteor shower happens every year in mid-August when Earth passes through a trail of debris left behind by Comet Swift-Tuttle as it travels on its 133-year orbit around the sun. The bits of ice and dust sloughed off by the comet burn up in Earth's atmosphere, creating the streaking "shooting stars" seen by eagle-eyed skywatchers on the ground.

Editor's Note: If you snap an amazing photo of the Perseid meteor shower that you'd like to share for a possible story or gallery, send images, comments and your name and location to managing editor Tariq Malik at spacephotos@space.com.