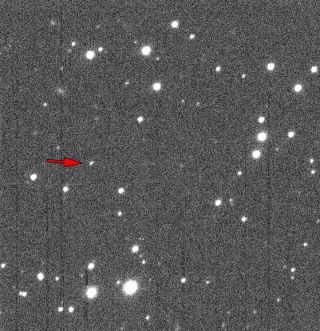 A telescope in Hawaii built to seek out asteroids that might one day threaten the Earth has discovered the 10,000th near-Earth space rock ever seen.

"The first near-Earth object was discovered in 1898," Don Yeomans, the manager of NASA's Near-Earth Object (NEO) Program Office, said in a statement. "Over the next hundred years, only about 500 had been found. But then, with the advent of NASA's NEO Observations program in 1998, we've been racking them up ever since. And with new, more capable systems coming on line, we are learning even more about where the NEOs are currently in our solar system, and where they will be in the future." [See Images of Potentially Dangerous Asteroids]

While 10,000 is a big number, there are many more close-flying space rocks still out there waiting to be found. Scientists estimate that near-Earth space hosts millions of asteroids, some of which could pose a danger to our planet down the road.

"Finding 10,000 near-Earth objects is a significant milestone," Lindley Johnson, program executive for NASA's Near-Earth Object Observations Program, said in a statement. "But there are at least 10 times that many more to be found before we can be assured we will have found any and all that could impact and do significant harm to the citizens of Earth."

Near-Earth objects come in all shapes and sizes. Asteroids and comets are labeled NEOs if they come within about 28 million miles (45 million kilometers) of Earth's orbital distance, according to NASA officials.

Some NEOs are only a few feet long, while others are miles across. The largest known NEO is the asteroid 1036 Ganymed, which is about 25 miles (41 km) long. Most NEOs are smaller than 0.6 miles (1 km), according to NASA scientists. About 30 percent of the estimated 15,000 NEOs that are 460 feet (140 m) in size have been catalogued, but less than 1 percent of the more than 1 million NEOs that are about 100 feet (30 m) in diameter have been found, NASA estimates.

Larger near-Earth asteroids and comets are less common than smaller objects that could give the planet a close graze, NASA officials said.

About 10 percent of the 10,000 discovered NEOs are larger than 3,300 feet (1 km) in size. If one of these large objects were to impact the Earth, it could create global problems. However, none of the larger asteroids are in danger of impacting the Earth, according to NASA. So far, NASA scientists have discovered more than 90 percent of these mountain-size space rocks.

The Pan-STARRS-1 telescope seeks out near-Earth objects from the peak of the Haleakala volcano on Maui. The telescope began its asteroid hunt in 2010 and has been billed as the world's most powerful digital camera.