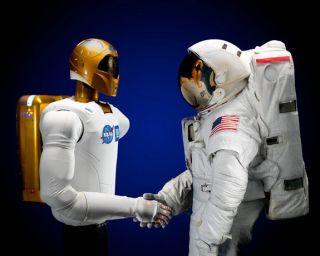 NASA will award a total of $2.7 million to eight advanced robotics projects, in an effort to push forward the frontiers of space exploration, agency officials announced Friday (Sept. 14).

The projects range from efforts to improve planetary rovers to new technologies for humanoid robotics systems. The new endeavors should aid the development and use of robots both in space and on factory floors in the United States, NASA officials said.

"Selected through our participation in the National Robotics Initiative, these new projects will support NASA as we plan for our asteroid mission in 2025 and the human exploration of Mars around 2035," NASA chief technologist Mason Peck said in a statement.

The winning proposals, which will receive awards ranging from $150,000 to $1 million, are:

Advanced robotics systems are crucial to NASA, as unmanned robots like the recently landed Mars rover Curiosity are the agency's off-planet exploration workhorses. And NASA is actively developing robots that will work alongside humans in space and tackle dangerous or mundane jobs. [Complete Coverage: Mars Rover Curiosity]

For example, NASA delivered a $2.5 million humanoid robot called Robonaut 2 to the International Space Station in February 2011. Robonaut 2, which was developed via a partnership with carmaker General Motors, is designed to be an autonomous assistant to astronauts aboard the orbiting lab, helping out with complex chores to keep everything running smoothly.

Under the National Robotics Initiative, NSF, NASA, the National Institutes of Health and the Department of Agriculture are working together to help engage and train the next generation of American roboticists, NASA officials said.