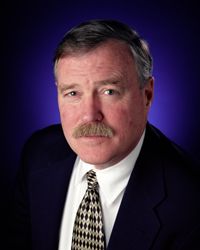 The former director of the Pentagon’s Joint Strike Fighter program joined NASA in 2004 as the first associate administrator of the then-newly created Exploration Systems Mission Directorate.

“We could not have found a more qualified candidate to lead the Commercial Spaceflight Federation than Admiral Steidle," Eric Anderson, Space Adventures chief executive and chairman of the Commercial Spaceflight Federation  said in a statement.  "He is a true visionary who knows that commercial spaceflight is the key to unlocking humanity’s future in space, and he is a proven manager and engineer who understands what is necessary to make our dream of becoming a true space-faring people a reality.”

Steidle will succeed Brett Alexander, who has served as the Washington-based private spaceflight advocacy organization’s president since its 2006 founding.