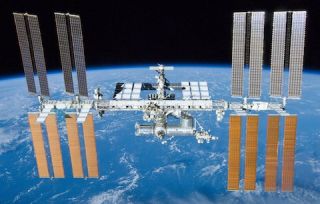 NASA is interested in expanding its astronauts' options in low-Earth orbit.

The space agency just announced that it's looking to book a seat aboard a privately organized mission to the International Space Station (ISS) sometime in the next five years. And this mission would be brief, lasting just 15 to 30 days rather than six months, which is the current norm for crewmembers on the orbiting lab.

NASA has already executed a yearlong ISS mission, articulated a desire to do many more such long-term jaunts, and extended several other astronauts' stays in orbit on a more informal basis. Mounting short-term missions as well makes a lot of sense, agency officials said.

"In preparation for NASA's plans for human missions to the moon and Mars, NASA has identified a requirement to use missions of varying length on which it collects standard data to establish profiles of human physiological, behavioral and psychological variables of importance for ensuring astronaut health and performance during future long-duration deep-space missions," NASA officials wrote in a statement Tuesday (Nov. 26).

"Private astronaut mission opportunities NASA identified as part of its low-Earth orbit [LEO] economy plan are up to 30 days, within the timeframe necessary to perform research and collect critical data to build a comprehensive human spaceflight physiological profile," they added.

NASA has already contracted with Boeing and SpaceX to fly "normal" ISS missions aboard the companies' crew capsules, which are called the CST-100 Starliner and Crew Dragon, respectively. These multibillion-dollar deals, announced in September 2014, help fund the vehicles' development and testing and reserved six missions on each capsule.

These contracted flights will each ferry four NASA astronauts, though both Starliner and Crew Dragon can accommodate seven crewmembers. (Boeing's deal is currently valued at $4.3 billion and SpaceX's at $2.5 billion, in case you were wondering.)

If NASA does indeed book a seat aboard a short-term mission, the agency astronaut would likely fly aboard one of those two vehicles. And NASA would be along for the ride, not calling the shots.

"NASA will be one of many customers, purchasing one of four available seats on a commercial flight," Doug Comstock, who serves as the Commercial LEO Liaison for the agency's Human Exploration and Operations Mission Directorate, said via Twitter Wednesday (Nov. 27).

"NASA intends to purchase a single seat. Other customers for the flight are TBD and up to industry," Comstock added in another tweet.

In June, NASA announced that it planned to open the ISS to private crewed missions, saying the orbiting lab could accommodate two such projects per year. Now, the agency is evincing an interest in participating in at least one of those commercial flights.

"NASA's goal is to achieve a robust economy in low-Earth orbit from which NASA can purchase services as one of many customers," agency officials wrote in yesterday's statement. "The purchase of a private astronaut mission seat will directly support NASA's low-Earth orbit commercialization goals by helping to lay the foundation for America to maintain a constant human presence in low-Earth orbit to be enabled by a commercial market."

Neither Starliner nor Crew Dragon has flown people yet, but both capsules are getting close. Crew Dragon made a historic uncrewed demonstration flight to the ISS in March and is gearing up for a key in-flight abort test soon, which will clear the way for a crewed test mission to the orbiting lab. Boeing plans to launch Starliner on an uncrewed ISS trip on Dec. 17.

NASA is eager for one or both of these capsules to get up and running. The agency has been dependent on Russian Soyuz spacecraft to get its astronauts to and from orbit since July 2011, when the space shuttle fleet was retired.