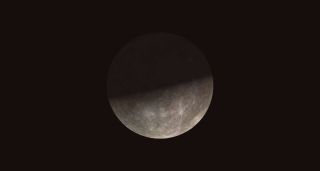 During the first half of February, Mercury will complete its best evening appearance for mid-northern latitude observers during 2020, climbing higher in the west-southwestern sky every evening.
(Image: © Starry Night)

Mercury is often cited as the most difficult of the naked-eye planets to see. Because it's the closest planet to the sun, it is usually obscured by the light from our star.

"Mercury has been known since very early times, but it is never very conspicuous, and there are many people who have never seen it at all," legendary British astronomer Sir Patrick Moore wrote in "The Boy's Book of Astronomy," (Roy Publishers, 1958). "The reason for this is that it always seems to keep close to the sun in the sky, and can never be observed against a dark background."

Although that's mostly true, there are times during the year when Mercury can be surprisingly easy to spot. And we are in just such a period right now.

Related: When, where and how to see the planets in the 2020 night sky

Mercury is called an "inferior planet" because its orbit is nearer to the sun than Earth's is. Therefore, Mercury always appears, from our vantage point (as Moore wrote), to be in the same general direction as the sun. That's why relatively few people have set eyes on it. There is even a rumor that Nicolaus Copernicus — who, in the early 1500s, formulated a model of the universe that placed the sun, rather than Earth, at the center of the solar system — never saw it.

Yet Mercury is not really hard to see. You simply must know when and where to look, and find a clear horizon.

For those living in the Northern Hemisphere, a great "window of opportunity" for viewing Mercury in the evening sky opened up in late January. That window will remain open through Feb. 17, giving you a number of chances to see this so-called elusive planet with your own eyes.

Currently, Mercury is visible about 35 to 40 minutes after sunset, very near to the horizon, about 25 degrees south of due west. Your clenched fist held at arm's length measures roughly 10 degrees, so approximately 2.5 "fists" to the left of due west, along the horizon, will bring you to Mercury.

You can also use brilliant Venus as a benchmark. Just look the same distance — 25 degrees — to Venus' lower right, and you'll come to Mercury. If your sky is clear and there are no tall obstructions (like trees or buildings), you should have no trouble seeing Mercury as a very bright "star" shining with a trace of a yellowish-orange tinge. Tonight (Jan. 31), Mercury will be shining at magnitude -1.0, which means that only three other objects in the sky will appear brighter: the moon, Venus and Sirius (the brightest star in Earth's night sky).

In the evenings that follow, Mercury will slowly diminish in brightness, but it will also slowly gain altitude as it gradually moves away from the sun's vicinity.

It will be at greatest elongation, 18.2 degrees to the east of the sun, on Feb. 10. Look for it about 45 minutes to an hour after sundown, still about 25 degrees to the lower right of Venus. Shining at magnitude -0.5 (just a smidge dimmer than the second-brightest star in the sky, Canopus, in the constellation Carina), it sets more than 90 minutes after the sun, making this Mercury's best evening apparition of 2020.

While viewing circumstances for Mercury are quite favorable north of the equator, that is not so for those in the Southern Hemisphere, where this rocky little world will hang very low to the horizon while deeply immersed in bright twilight, making the planet very difficult to see. Southern Hemisphere observers will get their chance to spot Mercury in late March and early April, when the elusive planet will appear to soar high into the eastern sky at dawn.

Mercury, like Venus and the moon, appears to go through phases. Soon after it emerged into the evening sky in January, Mercury was a nearly full disk, which is why it currently appears so bright. By the time it arrives at its greatest elongation, or its greatest separation from the sun, on Feb. 10, it will appear nearly half-illuminated. The amount of the planet's surface illuminated by the sun will continue to decrease in the days to come. When Mercury begins to turn back toward the sun's vicinity after Feb. 10, it will fade at a rather rapid pace. By Feb. 14, it will dim to magnitude +0.2, nearly as bright as the star Rigel, in the constellation Orion.

By the evening of Feb. 17, Mercury's brightness will drop to magnitude +1.6 — about as bright as the star Castor, in the constellation Gemini, but only about 9% as bright as it appears now. In telescopes, Mercury will appear as a narrowing crescent. This, in all likelihood, will be your last view of the elusive planet this month, for the combination of its lowering altitude and its descent into the brighter sunset glow will finally render Mercury invisible in the evenings that follow. It will arrive at inferior conjunction, meaning it will pass between Earth and the sun, on Feb. 25. It will reappear in the morning sky in late March and early April.

Swift, with a dual identity

In ancient Roman mythology, Mercury was the swift-footed messenger of the gods. The planet is well named, for it is the closest planet to the sun and the swiftest of the solar system. Averaging about 30 miles per second (48 kilometers per second), Mercury makes  a journey around the sun in only 88 Earth days. Interestingly, it takes Mercury 59 Earth days to rotate once on its axis, so all parts of its surface experience long periods of intense heat and extreme cold. Although its mean distance from the sun is only 36 million miles (58 million km), Mercury experiences by far the greatest range of temperatures: 800 degrees Fahrenheit (426 degrees Celsius) on its day side, and minus 280 degrees Fahrenheit (minus 173 degrees Celsius) on its night side.

In the pre-Christian era, this speedy planet actually had two names, as astronomers did not realize that it could alternately appear on one side of the sun and then the other. The planet was called Mercury when it was in the evening sky, but it was known as Apollo when it appeared in the morning. It is said that Pythagoras, in about the fifth century B.C., pointed out that they were one and the same.