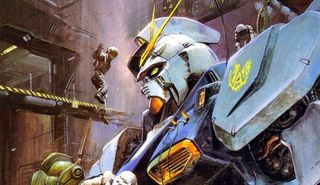 Brian K. Vaughn has signed on to write Legendary's live-action Gundam film, according to The Hollywood Reporter. Legendary is co-producing the film with the franchise's owners, Sunrise. A Gundam appeared briefly in Steven Spielberg's "Ready Player One."

Back in December 2017, Vaughn signed a first-look exclusive deal with Legenday for adaptation of his comic book work as well as other projects such as Gundam.

Vaughn previously wrote giant robots with his creator-owned series "We Stand on Guard."