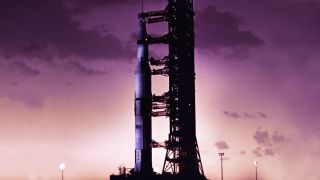 NEW YORK — The Intrepid Sea, Air and Space Museum in New York City is hosting a movie night that's out of this world on Friday (June 21).

The institution, which is housed on a retired aircraft carrier in the Hudson River near Midtown Manhattan, will be screening the film "Apollo 11" on the flight deck beginning at sunset. The event marks the third installment of the Intrepid's summer movie night series, which this year is overlapping with the museum's celebrations of the 50th anniversary of Apollo 11. It's also part of the Intrepid's Free Fridays series, with doors open from 5 p.m. to 9 p.m.

The screening has limited seating and is first come, first served, according to the museum's website. A CNN discussion with "Apollo 11" director Todd Douglas Miller will occur at 8 p.m. for the public.

The free screening is part of the Intrepid's Free Friday series of programming, during which admission to the museum is free on select Fridays after 5 p.m.

If you can't make it Friday, never fear: the Intrepid will be showing "First Man" on July 19. And if you aren't in the New York City area, "Apollo 11" will be airing on CNN on June 23 at 9 p.m. EDT in its small-screen debut.

You can learn more about the Intrepid's Apollo celebration events here.