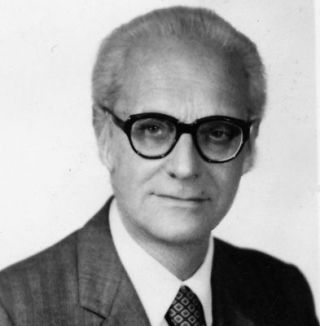 The European SpaceAgency (ESA) has named its next unmanned space cargo ship the Edoardo Amaldi,after the Italian space pioneer known for contributing to advances inexperimental physics and the understanding of gravitational waves.

The new vehicle isESA?s latest AutomatedTransfer Vehicle, an unmanned spacecraft the size of a London double deckerbus. It follows the debut ATV (called Jules Verne), which flew to theInternational Space Station (ISS) successfully in 2008, and the fleet?s secondvehicle ? christened Johannes Kepler ? which is being readied for its ownflight.

The unmanned JulesVerne launched March 8, 2008, and later docked with the space station todeliver 4.5 metric tons of supplies. The spacecraft also served as a propulsionunit to move the space station out of the path of orbital debris, beforeundocking and burning up in re-entry after six months in space.

"Italy is a keyEuropean country in our participation in the ISS partnership. By naming ATV-3after Edoardo Amaldi, we celebrate a great Italian, but also a committedEuropean who understood the importance of pooling resources and minds togetherto achieve important results," said Simonetta Di Pippo, ESA?s director of humanspaceflight in a statement. "The ATV is the first recurring production ofan exploration spacecraft and places Europe a step closer to ourpartners."

From Fermi to thefuture

During the 1930s,Amaldi was a member of a group of young scientists in Rome, who, led by Enrico Fermi, made the famousdiscovery of slow neutrons, which later made the nuclear reactor possible. Hecontributed to nuclear physics in the 1930s and 1940s, and to cosmic rays andparticle physics afterwards. He became a pioneer in the search forgravitational waves in the 1970s.

"It is widely acknowledged that sincethe 1950s the inception of the visionary concept aiming to a unified Europeancapability to explore outer space is largely due to a bunch of prominentEuropean scientists, and Edoardo Amaldi was a leading name among them," DiPippo said.

Europe?s ATV spacecraft are designed to haul6.6 metric tons of cargo to the space station approximately every 17 months, adestination 180 miles (340 km) above Earth.

ESA hopes to adapt the ATV's new technologiesto new spacecraft, such as the Advanced ReentryVehicle.A reentry capsule could replace the pressurized part of the ATV, in order toreturn cargo and experiments to Earth.