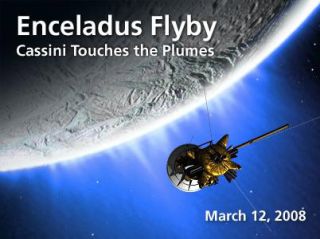 NASA's Cassini Saturn probe has been granted new life aroundthe ringed planet thanks to an extension of its mission through 2017.

The spacecraft, which launched in 1997 and arrived at Saturnin 2004, was slated to be decommissioned in September of this year. But itreceived a reprieve in the new 2011 NASA budget proposal put forward byPresident Barack Obama, which allocates $60 million per year for seven years tokeep the probe pumping out science from the ringed planet.

This is the second missionextension for Cassini, which was originally scheduled to end its mission in2008, but then received a 27-month lifeline. The spacecraft has studied Saturnand its moons diligently for nearly six years, sending back more than 210,000images so far.

The orbiter was launched along with the European SpaceAgency (ESA)'s Huygens probe, which flew through the atmosphere of Titan andlanded on the moon in 2005. The joint mission is a cooperative project of NASA,ESA and the Italian Space Agency.

"This is a mission that never stops providing ussurprising scientific results and showing us eye popping new vistas," saidJim Green, director of NASA's planetary science division at NASA headquartersin Washington, D.C. "The historic traveler's stunning discoveries and imageshave revolutionized our knowledge of Saturn and its moons."

During the course of more than 125 orbits around Saturn, 67flybys of its moon Titan, and eight close encounters with the moon Enceladus,Cassini has enabled a wealth of new discoveries. The satellite has revealed surprisingdetails of the planet's signature rings, and remarkable watervapor geysers spewing out of the icy Enceladus.

Cassini's mission extension will entail another 155 revolutionsaround the planet, 54 flybys of Titan and 11 flybys of Enceladus.

The next phase of its mission under the extension will becalled the Cassini Solstice Mission, and will focus on seasonal and long-termweather changes on Saturn and its many moons.

Saturn takes almost 30 years to orbit around the sun. By2017, Cassini will have witnessed most of an entire season.

"The extension presents a unique opportunity to followseasonal changes of an outer planet system all the way from its winter to itssummer," said Bob Pappalardo, Cassini project scientist at NASA's JetPropulsion Laboratory (JPL) in Pasadena, Calif. "Some of Cassini's mostexciting discoveries still lie ahead."

The extended mission will also allow more studies ofSaturn's rings and an investigation of the planet's magnetic field, missionmanagers said.

"The spacecraft is doing remarkably well, even as weendure the expected effects of age after logging 2.6 billion miles on itsodometer," said Bob Mitchell, Cassini program manager at JPL. "Thisextension is important because there is so much still to be learned at Saturn.The planet is full of secrets, and it doesn't give them up easily."