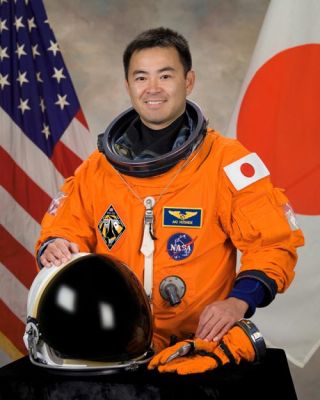 EXPERIENCE: Hoshide joined the National Space DevelopmentAgency of Japan (NASDA) in 1992. For two years, he worked as a member of theNagoya Office and was involved in the development of the H-II launch vehicle.From 1994 to 1999, he worked as an astronaut support engineer for the NASDAAstronaut Office, supporting the development of the astronaut training programand the evaluation of crew interface designs. He also supported astronautKoichi Wakata during his training and mission on STS-72.

In February1999, Hoshide was selected NASDA (currently JAXA) as one of three Japaneseastronaut candidates for the International Space Station (ISS). He started theISS Astronaut Basic Training program in April 1999 and was certified as anastronaut in January 2001. Since April 2001, he has participated in ISS AdvancedTraining, as well as supporting the development of the hardware and operationof the Japanese Experiment Module ?Kibo? and the H-IIA Transfer Vehicle (HTV).

NASAEXPERIENCE: Hoshidearrived at the Johnson Space Center in May 2004. In February 2006 he completedAstronaut Candidate Training that included scientific and technical briefings,intensive instruction in Shuttle and International Space Station systems,physiological training, T-38 flight training, and water and wilderness survivaltraining. Completion of this initial training qualified him for varioustechnical assignments within the Astronaut Office. Hoshide is assigned to crewof STS-124. The STS-124 mission to the International Space Station will be thesecond of three flights that will launch components to complete the Japanese?Kibo? laboratory. Launch is targeted for May 2008.