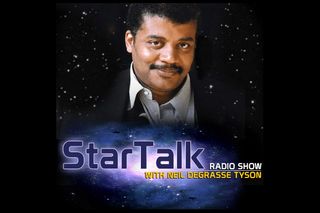 The new show, titled "Star Talk," will be based on Tyson's podcast of the same name (though the podcast is written as one word.). At the Winter TV Press Tour Tyson described the podcast as "a mixture of comedy, science and pop culture." The show usually involves Tyson talking with a guest about current topics in science. While Tyson frequently welcomes scientists onto the show, the guests are more often celebrities and comedians. Past guests have included Hank Azaria, Seth Myers, Paul Rudd and Eugene Mirman. The television version of StarTalk is expected to maintain a similar lineup of guests.

The show will be taped in front of a studio audience at the American Museum of Natural History's Hayden Planetarium in New York City, where Tyson serves as director, according to a press release from the National Geographic Channel. Some sources report that Tyson has plans to give scientist and science popularizer Bill Nye a regular one-minute segment on each episode. The "Star Talk" premier will be accompanied by the one-hour special "Hubble's Cosmic Journey."

In 2014, Tyson hosted the TV documentary series "Cosmos: A Space Time Journey" which was produced by National Geographic Channel and aired simultaneously on the Fox network. The show was a follow-up to the 1980 series "Cosmos: A Personal Voyage," hosted by Carl Sagan.

"COSMOS allowed us to share the awesome power of the universe with a global audience in ways that we never thought possible," said Tyson in the press. "To be able to continue to spread wonder and excitement through Star Talk, which is a true passion project for me, is beyond exciting. And National Geographic Channel is the perfect home as we continue to explore the universe."

Courteney Monroe, CEO of National Geographic Channels said "Star Talk" is "the perfect opportunity to offer our audience an edgy, late-night alternative with the credibility and authenticity that are the hallmarks of our network."