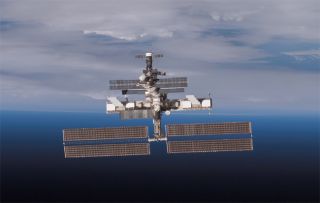 NASAmanagers are considering suspending U.S. research aboard the International SpaceStation (ISS) next year in order to save money for the orbital laboratory'sconstruction, a top program manager said Thursday.

KirkShireman, deputy director of NASA's ISS program at Johnson Space Center (JSC),said dropping science research during the 2007 fiscal yearis one of several options on the table to make up for a funding shortfall of upto $100 million.

"Right nowwe're quite a bit in the hole," Shireman told reporters during a Thursday ISS missionbriefing at NASA's Johnson Space Center in Houston, Texas. "We'll look at abunch of different options for the assembly budget; all those things are underconsideration."

NASA ispreparing its shuttleAtlantis to launch toward the ISS next month in the first of at least 15flights to complete construction of the half-builtspace station by September 2010, when the agency's three-orbiter fleet isretired. Atlantis' STS-115mission will deliver a 17-ton trusssegment and new solar arrays to the $100 billion orbital laboratory.

The futureof space station science has come under closescrutiny after NASA officials were forced to divert funds from its scienceand exploration coffers to make up for an then-expected $4 billion shortfall tocomplete the ISS and retire the shuttle program.

TheNational Research Council has issued several reportsciting the need for more ISS science and larger station crews in order to bringthe orbital laboratory up to its full potential. The potential drop in U.S.science aboard the ISS was first reported by the website NASAwatch.com.

"The ISShas severe budgetary limitations next year," Shireman said, adding later thatthe station program is looking beyond its own resources for assistance. "We'reworking very hard not only within the program, but with headquarters as well tobalance it out."

Shiremansaid no final decisions have been made, but remained optimistic that the endresult would be positive.

"I'mconfident that we'll come out with options and a plan to go forward that willbe satisfactory for the ISS program and for NASA and the taxpayers as a whole,"Shireman said.