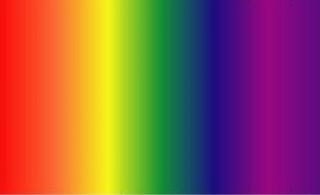 Redshift and blueshift describe how light shifts toward shorter or longer wavelengths as objects in space (such as stars or galaxies) move closer or farther away from us. The concept is key to charting the universe's expansion.

To think of this more clearly, the European Space Agency suggests, imagine yourself listening to a police siren as the car rushes by you on the road.

"Everyone has heard the increased pitch of an approaching police siren and the sharp decrease in pitch as the siren passes by and recedes. The effect arises because the sound waves arrive at the listener's ear closer together as the source approaches, and further apart as it recedes," ESA wrote.

This sound effect was first described by Christian Andreas Doppler in the 1800s and is called the Doppler effect. Since light also emanates in wavelengths, this means that the wavelengths can stretch or crunch together depending on the relative position of objects. That said, we don't notice it on daily-life-sized scale because light travels so much faster than the speed of sound — a million times faster, ESA noted.

American astronomer Edwin Hubble (who the Hubble Space Telescope is named after) was the first to describe the redshift phenomenon and tie it to an expanding universe. His observations, revealed in 1929, showed that nearly all galaxies he observed are moving away, NASA said.

"This phenomenon was observed as a redshift of a galaxy's spectrum," NASA wrote. "This redshift appeared to be larger for faint, presumably further, galaxies. Hence, the farther a galaxy, the faster it is receding from Earth."

The galaxies are moving away from Earth because the fabric of space itself is expanding. While galaxies themselves are on the move — the Andromeda Galaxy and the Milky Way, for example, are on a collision course — there is an overall phenomenon of redshift happening as the universe gets bigger.

The redshift of an object is measured by examining the absorption or emission lines in its spectrum. These lines are unique for each element and always have the same spacing. When an object in space moves toward or away from us, the lines can be found at different wavelengths than where they would be if the object were not moving (relative to us). [Related: Make Your Own Spectroscope]

At least three types of redshift occur in the universe — from the universe's expansion, from the movement of galaxies relative to each other and from "gravitational redshift," which happens when light is shifted due to the massive amount of matter inside of a galaxy.

This latter redshift is the subtlest of the three, but in 2011 scientists were able to identify it on a universe-size scale. Astronomers did a statistical analysis of a large catalog known as the Sloan Digital Sky Survey, and found that gravitational redshift does happen — exactly in line with Einstein's theory of general relativity. This work was published in a Nature paper.

"We have independent measurements of the cluster masses, so we can calculate what the expectation for gravitational redshift based on general relativity is," said University of Copenhagen astrophysicist Radek Wojtak at the time. "It agrees exactly with the measurements of this effect."

The first detection of gravitational redshift came in 1959, after scientists detected it occurring in gamma-ray light emanating from an Earth-based lab. Previous to 2011, it also was found in the sun and in nearby white dwarfs, or the dead stars that remain after sun-sized stars cease nuclear fusion late in their lives.

The farthest known galaxy is GN-z11. In 2016, the Hubble Space Telescope determined it existed just a few hundred million years after the Big Bang. Scientists measured the redshift of GN-z11 to see how much its light had been affected by the expansion of the universe. GN-z11's redshift was 11.1, much higher than the next-highest redshift of 8.68 measured from galaxy EGSY8p7.

Scientists can use redshift to measure how the universe is structured on a large scale. One example of this is the Hercules-Corona Borealis Great Wall; light takes about 10 billion years to go across the structure. The Sloan Digital Sky Survey is an ongoing redshift project that is trying to measure the redshifts of several million objects. The first redshift survey was the CfA RedShift Survey, which completed its first data collection in 1982.

One emerging field of research concerns how to extract redshift information from gravitational waves, which are disturbances in space-time that happen when a massive body is accelerated or disturbed. (Einstein first suggested the existence of gravitational waves in 1916, and the Laser Interferometer Gravitational-Wave Observatory (LIGO) first detected them directly in 2016). Because gravitational waves carry a signal that shows their redshifted mass, extracting the redshift from that requires some calculation and estimation, according to a 2014 article in the peer-reviewed journal Physical Review X.

Editor's note: This article was updated on Aug. 7, 2019 to reflect a correction. Radio waves shifted into the ultraviolet part of the spectrum are blueshifted, not redshifted.