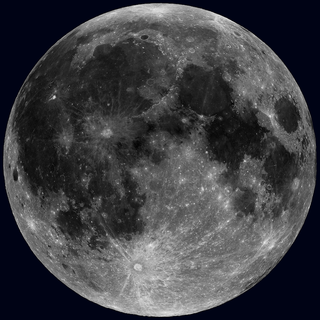 Researchers stitched together 36 nearly complete mosaics of the moon taken with the Lunar Reconnaissance Orbiter's (LRO) Wide Angle Camera. The result is an unprecedented view of the celestial body with the sun always overhead.
(Image: © NASA/GSFC/Arizona State University)

NASA researchers have pieced together a view of the moon that's impossible from Earth.

The stunning new mosaic images and mesmerizing moon video show what Earth's nearest neighbor looks like as it rotates under the sun.

Because of the gravitational pull our planet exerts its natural satellite, the moon has become "tidally locked," meaning it always keeps the same face pointed toward Earth.

The far side, which is always pointed away from Earth, is sometimes incorrectly referred to as the dark side. From the ground, Earthlings can't see what this hemisphere looks like as the sun moves across its surface during the changing lunar cycle. The Soviet Luna 3 spacecraft snapped the first farside portrait in 1959. Several NASA astronauts actually set their eyes on this hidden region during the Apollo moon missions of the 1960s and 1970s.

The new view of the always sunny, spinning moon shows what each side of the celestial body looks like under high noon — or what it might look like to us if it were free of tidal locking.

The pictures and time-lapse video were created using data from NASA's Lunar Reconnaissance Orbiter (LRO), a $504 million probe that launched in June 2009 and circles the moon at an altitude of 30 miles (50 kilometers).

The orbiter's powerful Wide Angle Camera (WAC) maps nearly the entire moon every month from LRO's polar orbit, and has amassed an extensive record of how the lunar surface looks under different lighting conditions. (LRO is even equipped with instruments that are sensitive enough to map the moon's permanently shadowed regions, deep craters near its poles where the sun never shines.)

Topography variations on the lunar surface might be difficult to see with the sun always overhead in the new images, LRO researchers noted in a statement. However, the pictures enhance differences in albedo, or reflectance, across the lunar landscape, which can highlight which parts have been most and least affected by space weathering.