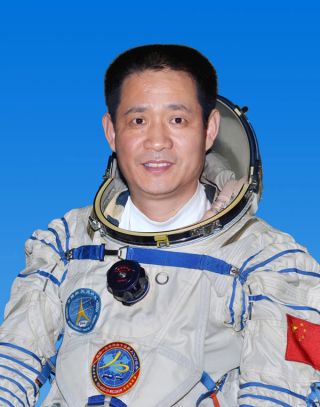 China's Shenzhou 10 piloted spacecraft will be launched at 5:38 p.m. Beijing time (5:38 a.m. EDT (0938 GMT)) with a three-person crew from the Jiuquan Satellite Launch Center in the Gobi desert.

Wu Ping, spokeswoman for China's manned space program, announced the names of the three Shenzhou 10 astronauts on Monday (June 10). They are:

Meanwhile, preparations continue for the Shenzhou 10 spaceship, atop its Long March 2F rocket booster at the Jiuquan Satellite Launch Center in Gansu province.

Once in orbit, Shenzhou 10's crew is to rendezvous and dock with the nation's Tiangong 1 space module, which is already circling Earth. The module's orbit has been adjusted in preparation for the forthcoming visit by the Chinese astronauts.

During Shenzhou 10's mission of 15 days, there will be two docking tests with the Tiangong 1, one automatic and the other manual, Wu said.

The 8.5-ton Tiangong 1, or Heavenly Palace 1, has been circuiting Earth since September 2011 and was used in China's first piloted rendezvous-and-docking venture — the three-person Shenzhou 9 space trek — in June 2012.

The Shenzhou 10 mission will be China's fifth piloted space sojourn. The first Chinese astronaut, Yang Liwei, orbited Earth in 2003. Before this upcoming mission, eight Chinese astronauts — including one woman, Liu Yang — have traveled into space.

By comparison, Smith said, the International Space Station has a mass of about 400 metric tons and has been permanently occupied by crews of two to six people rotating on four- to six-month missions for the past 13 years.

Chinese media outlets report that the Shenzhou 10 mission will be the last of three planned experiments to master the technologies of space rendezvous and docking. The experiences gained will enable China to build and operate a large space station around 2020, officials have said.