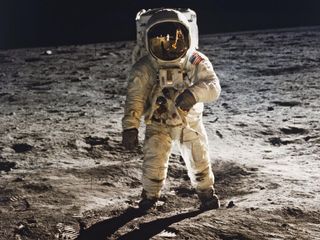 Even Moon landing hoaxers toe the party line. Who knew? A study reported on by our sister site LiveScience reveals that the polarizing rift between Democrats and Republicans hits conspiracy theorists, too. The report by Bad Science debunker Ben Radford states:

As one might expect, the more far-out the conspiracy theory, the fewer people endorse it. Dean Debnam, president of Public Policy Polling, which conducted the research, noted, "Most Americans reject the wackier ideas out there about fake moon landings and shape-shifting lizards."

Even so, 20 percent of Republicans believe that President Obama is the Anti-Christ, compared with 13 percent of Independents and 6 percent of Democrats who agree.