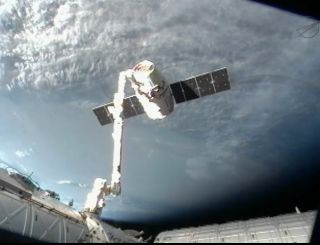 Private spaceflight should create many opportunities for scientific progress, though risk will have to be minimized for the field to really take off, a panel of experts stressed earlier this month.

The burgeoning commercial spaceflight industry should help develop new technologies and bring launch costs down, allowing more people and more scientific experiments to go up into space, panelists said Jan. 11 during an event at Caltech in Pasadena called "Science and the New Space Race: Opportunities and Obstacles."

Space policy expert John Logsdon, for example, noted that current launch vehicles are still based on intercontinental ballistic missiles — which is 1950s-era technology.

Steve Isakowitz, executive vice president and chief technology officer at Virgin Galactic, observed that developing new technologies is not the highest priority for his company.

"We’re being as conservative as possible," he said, noting that the company is seeking to build on existing technology. Virgin Galactic aims to develop space tourism, and has already taken more than 500 deposits for suborbital flights.

Pioneering companies such as Virgin likely won’t have the private spaceflight field to themselves for long.

"Once the frontier opens up, we hope other people will join us," Isakowitz said.

Along with carrying passengers on suborbital flights, Virgin Galactic also intends to carry satellites into space aboard its LauncherOne rocket, for $10 million per ride.

Virgin Galactic isn't the only company looking to enter the market. Space Exploration Technologies, or SpaceX, is one of the top contenders to take over the role of the space shuttle in ferrying astronauts to and from the International Space Station.

SpaceX is already carrying cargo into space for NASA with its Dragon capsule and Falcon 9 rocket, having completed its first contracted resupply mission for the space agency late last year.

"We are looking to expand Dragon beyond cargo and crew," SpaceX president Gwynne Shotwell said, discussing the possibility of attaching scientific payloads to the craft.

Both Virgin Galactic and SpaceX acknowledge the risks inherent in the spaceflight industry. Failure comes in two types — the loss of scientific opportunities and the loss of human life.

The riskiness of unmanned scientific missions is a simpler challenge to grapple with. John Grunsfeld, NASA's associate administrator for science and a former space shuttle astronaut, referred to the switch in paradigms the agency made in the 1990s.

After several costly failures, NASA switched to a "better, faster, cheaper" strategy of sending several smaller, less expensive scientific missions every few years, rather than large costly ones once or twice a decade. The new scheme helped mitigate the financial and scientific costs of failure.

Such a strategy will likely be continued as space travel became more privatized. NASA could continue to schedule larger missions as necessary, but major undertakings will probably be interspersed with smaller projects.

The trick is balancing cost and risk, experts say.

"The private sector is free to take those risks," Grunsfeld said, pointing out that it doesn't have to deal with government bureaucracy.

A work in progress

But that doesn't mean that outrageous risks will be taken when it comes to astronauts.

"No one ever wants to lose a life," Shotwell said.

NASA has mandated that spacecraft carrying people contain an astronaut escape system to be used in the event of an emergency. At the same time, the Dragon spacecraft is outfitted with redundancies in its propulsion system, since loss of propulsion is the primary cause of failure in a launch.

"If you fail, it should be because you pushed to the frontier," Grunsfeld said. "Failure due to poor craftsmanship is not an option."

Still, space travel is inherently risky. How might the public respond if one of the first private flights results in a tragic loss of life?

"Science and the New Space Race: Opportunities and Obstacles" was supported by the Keck Institute for Space Studies and the Caltech Y, a nonprofit organization that seeks to broaden the perspectives of the university's students.