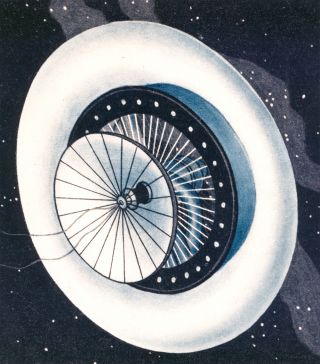 In this historical photo from the U.S. space agency, a 1929 Hermann Noordung depiction of a space station habitat wheel.

Power was generated by collecting sunlight through the concave mirror in the center. This was one of three components of Noordung's space station. The other two were the observatory and the machine room, each connected to the habitat by an umbilical.