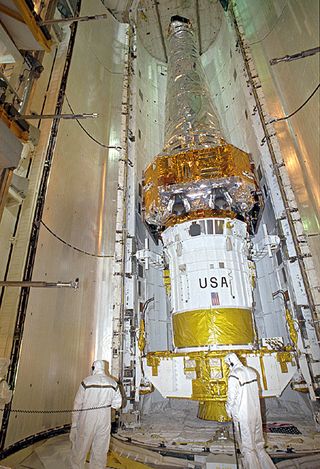 In this historical photo from the U.S. space agency, on July 17, 1999, the Space Shuttle Columbia's payload bay doors close around the Chandra X-ray Observatory inside, while workers monitor the activity at Launch Pad 39B.

The world's most powerful X-ray telescope, Chandra will allow scientists from around the world to see previously invisible black holes and high-temperature gas clouds, giving the observatory the potential to rewrite the books on the structure and evolution of our universe.