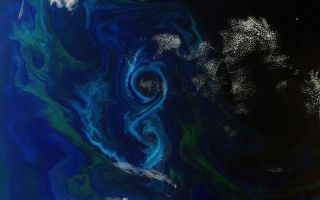 An algae bloom in the shape of a figure 8 in the south Atlantic Ocean.
(Image: © ESA)