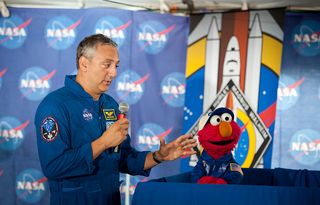 "NASA is committed to experimenting with and embracing new participatory ways of collaboration," said Linda Cureton, NASA's chief information officer, in a statement. "The launch of open.nasa is a new chapter in NASA's culture of openness and an exciting new way to engage citizens in our activities." [NASA Twitter Fans Geek Out With Elmo]

NASA says it's engaged in a variety of activities to advance openness and collaboration.

For example, the agency is developing an open-source cloud computing platform called Nebula, which offers an easier way for NASA researchers to share large datasets with external partners and the general public, officials said.

And the space agency reaches out to the public extensively via its website and through social media. NASA TV frequently streams live coverage of NASA missions, and the agency regularly invites some of its Twitter followers to launches and other events for so-called "tweet-ups."