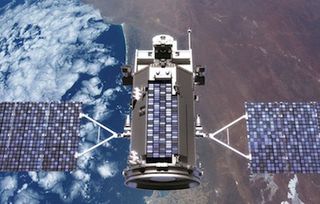 Artist's concept of the Glory spacecraft in orbit.
(Image: © NASA)

"What a difference a year makes," Michael

In contrast to late 2009 when NASA's Earth Science Division

The NPP mission, which experienced

The U.S. space agency also is planning to launch in December

The first-tier missions are: the Soil Moisture Active

The tier-two missions accelerated by the current budget plan

The solicitation for new instruments will offer principal

The small satellite solicitation, scheduled to be issued

"The Venture-class program has expanded," Freilich