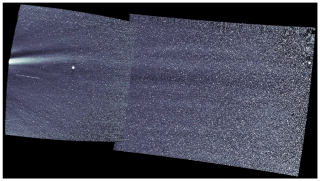 This past Monday (Aug. 12), NASA's newest solar probe celebrated its first year in space and began preparing for another close swoop by the sun.

The Parker Solar Probe will make a close approach on Sept. 1 as it tries to collect information that will help scientists to better understand the forces behind the solar wind, solar flares and other kinds of "space weather" emanating from the sun. The probe has so far completed two close approaches and NASA expects to release data from these flybys later this year.

One of Parker's main objectives is to investigate what mechanism might be driving extreme heating in the sun's outermost layer, known as the corona. Scientists are mystified as to why the corona is over a million degrees Fahrenheit (over 555,000 degrees Celsius), while the solar layers below are only a few thousand degrees Fahrenheit each.

Related: NASA's Parker Solar Probe and the Sun in Pictures

Parker aims to travel multiple times within Mercury's orbit to find out more. It's a difficult mission because, since the spacecraft is so close to the sun, the extreme heating requires special shielding so that Parker's instruments don't get fried by radiation. Parker's heat shield is so dense that even a blowtorch doesn't disturb it. This allows the spacecraft to nestle close to the sun and make valuable observations.

"The data we're seeing from Parker Solar Probe's instruments is showing us details about solar structures and processes that we have never seen before," Nour Raouafi, the project scientist of the Parker Solar Probe mission, said in a statement. "Flying close to the sun — a very dangerous environment — is the only way to obtain this data, and the spacecraft is performing with flying colors."

NASA also released a new video from Parker that shows the structures of the solar wind — the constant stream of particles emanating from our sun. The 6-second clip shows a bright "streamer," or a dense flow of solar wind, flowing off the sun, which sits just off-screen. Particles of dust streak across the field of view, backdropped by the planet Mercury (the bright dot in the background) and the Milky Way's star-filled galactic center. The video is based on data obtained Nov. 6 to 10, 2018.