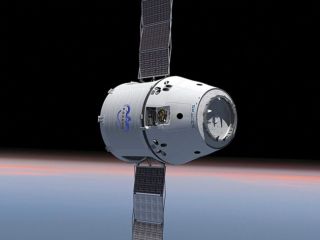 "SpaceXis targeting November 18th forour next launch with the 19th and 20th as backup dates," said SpaceXspokeswoman Kirstin Brost in an Oct. 23 e-mail.

Thefirst COTS demo will be a four-hourflightmeant to show Dragoncan complete as many as four orbits, transmit telemetry, receivecommands,maneuver, re-enter the atmosphere and make a safe water landing forrecovery.

SpaceXis one of two U.S. companies with acontract to provide cargo delivery missions to the International SpaceStationusing unmanned commercial spacecraft.

Theother company is Virginia-based OrbitalSciences Corp., which is developing the robotic Cygnus spacecraft and anewTaurus 2 rocket to launch it toward the International Space Station.OrbitalSciences won a $1.9 billion contract to provide eight cargo flights tothespace station.

Thisarticle was provided by SpaceNews,dedicated to covering all aspects of thespace industry/SPACE.comStaff contributed to this report from New York City.