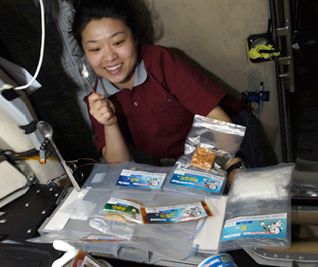 Yi's capsule missedits target by about 260 miles due to an apparent technical glitch whenit landed on a barren Kazakhstan steppe on April 19.

The 29-year-old Yi is abioengineer at the state-run Korea Aerospace Research Institute.