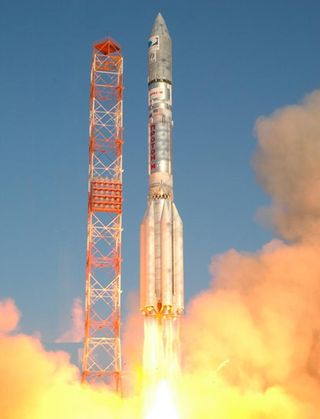 "Five blasts of the Breeze-Mupper stage's cruise engine put the DirecTV-10 spacecraft into its destinationorbit with an altitude of 35,700 kilometers," Bobrenev said.

After the satellite reached its orbit, theupper stage separated from it and started an avoidance maneuver to prevent itscollision with the spacecraft, Bobrenev said.

The DirecTV-10 is designedto broadcast digital high definition television (HDTV) programs through cableand national networks in the continental part of the U.S., Alaska, and Hawaii.The satellite is constructed on the Boeing 702 platform. Its flying weight is5,900 kilograms, and its weight in orbit will be 3,700 kilograms.

The satellite wasconstructed at Boeing Space and Intelligence Systems, a Boeing divisionheadquartered in Seal Beach, California, one of the world leaders inconstructing various types of spacecraft.