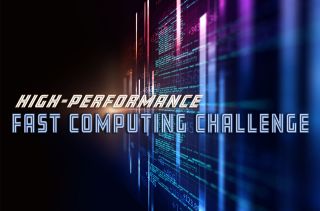 If you're a computer programmer with some time on your hands, NASA needs you!

The agency said it wants to streamline a piece of software used for aviation research and run on one of the world's most powerful supercomputers. To do so, NASA has teamed up with HeroX and Topcoder to launch the High Performance Fast Computing Challenge (HPFCC), according to a statement.

The challenge, should you choose to accept it entails getting NASA's FUN3D design software to run faster — 10 to 10,000 times faster, in fact. [Images: NASA's Vision of Future Air Travel]

This may sound like a heady task, but NASA officials said the speed jump could be accomplished by identifying a coding bottleneck or simply by shaving milliseconds off of one of the software's many subroutines by making it more efficient.

"This is the ultimate 'geek' dream assignment," said Doug Rohn, director of NASA's Transformative Aeronautics Concepts Program (TACP), in the statement. "Helping NASA speed up its software to help advance our aviation research is a win-win for all."

FUN3D is written mainly in the Modern Fortran language and runs on the Pleiades supercomputer.

The software handles the first leg of NASA's "three-legged stool" approach to aviation research: computational fluid dynamics, or CFD. The second leg of the stool consists of building scale models of aircraft and components to test in wind tunnels to see if the CFD predictions hold true. The third leg is the building of full-scale piloted and unpiloted experimental aircraft to demonstrate the technology.

For that research "stool" to work, all three legs to be the same length, keeping the stool in balance, NASA said. If one leg is too short, the whole thing might tip over. And in this case, if the speed of the CFD code is coming up short, it can throw NASA's aviation research out of balance and slow it down, NASA officials said.

"Some concepts are just so complex, it's difficult for even the fastest supercomputers to analyze these models in real time," said Michael Hetle, TACP program executive. "Achieving a speed-up in this software by orders of magnitude hones the edge we need to advance our technology to the next level."

HPFCC is offering a total prize purse of up to $55,000 to be distributed to the winners, with the largest individual prize purse set at $15,000. Topcoder and Helix will each select its own winners and award separate prizes. Visit the competition website for more details.

Because the U.S. government owns the code, you must be over 18 and a U.S. citizen to participate. So, if you meet these requirements and feel you're up for the challenge, visit the competition website for more information. The deadline for code submissions is 5 p.m. EDT (2100 GMT) on June 29, and the winners will be announced on Aug. 9.