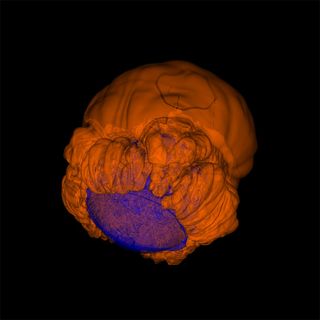 For yearsastronomers have tried in vain to blow up an Earth-size star using strings of computer code.Finally, mission accomplished. And the resulting 3-D simulation has revealedthe step-by-step process that fuels such an explosion.

Dubbed whitedwarfs, stars about the size of Earthand weighing as much as the Sun endtheir lives with quite a show. When their core furnace begins to burn out,white dwarfs explode in so-called type-1a supernovas that astronomers saycould be responsible for producing most of the iron in the universe.

Until now,a peek beneath the hood of such a white-dwarfexplosion has been tricky.

Priorattempts to produce the simulated explosionrequired scientists manually tell the computer model to detonate the star,which meant the model was not quite right or it would have generated its owncataclysm. With more tweaking of models, University of Chicago scientistsgenerated natural detonations of white dwarf stars in simplified,two-dimensional simulations.

"There wereclaims made that it wouldn't work in 3-D," said Don Lamb, director of the University of Chicago's Center for Astrophysical Thermonuclear Flashes. With some extremecomputing, the team produced a 3-Ddetonation.

Thescientists demonstrated the incineration at the "Paths to Exploding Stars"conference today in Santa Barbara, Calif.

Unlike agasoline engine, in which a spark ignites the fuel, compression triggersignition in a diesel engine. "You don't want supersonic burning in a carengine, but the triggering is similar," said team member Dean Townsley of theJoint Institute for Nuclear Astrophysics at Chicago.

Though thecomputer simulation took a total of 58,000 hours and more than 700 computerprocessors, the actual process from start to finish--whenthe star explodes--played out in just three seconds.

The "movie"unveiled a complex, yet orderly, series of events that concluded with a bang.Split seconds before the stellarfinality, a virtual flame bubble spanning about 10 miles in diameter formednear the center of the white dwarf. Immediately the giant bubble jetted theroughly 1,200 miles to the star's surface. One second later, at the oppositeend of the star, this flame crashed into itself and triggered the detonation.

"It seemsthat the dynamics of the collision is what creates a localized compressionregion where the detonation will manifest," Townsley said.

The abilityto carry out type-1asupernovas here on Earth could illuminate an enigmatic force responsiblefor the expansion--darkenergy.

These type-1asupernovas seem to explode with about the same intensity, andastrophysicists have taken advantage of this uniformity. By calibrating the distanceto each explosion, they can refine calculations of how fast the universehas been expandingthroughout its lengthy history.

They usedthis method to come to the conclusion in the late 1990s that the expansionof the universe is accelerating. The finding left a looming question: Whatforce could be pushing against gravity to cause the mushrooming? Astronomersdubbed the gravity challenger "darkenergy."

The newsimulations could help scientists tweak their calibrations to account for theminor variations in intensity from one supernova to another.

Flash teammember Robert Fisher said, "To make extremely precise statements about thenature of dark energy and cosmological expansion, you have to be able tounderstand the nature of that variation."