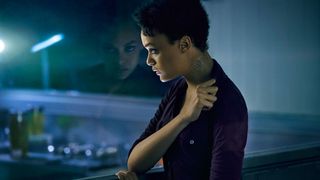 The story is based on the novel "Alien Hunter," by Whitley Strieber (Tor Books, 2014), and it follows an FBI agent tracking down his missing wife as part of an elite, secret government group known as the Exo-Terrorism Unit, which tracks the dangerous "Hunters," many of whom can appear human. (Watch the "Hunters" trailer here.)

The show's premise echoes the real world's current terrorism-hunting political climate, but the series promises intriguing science fiction elements as well: out-of-this-world action sequences, gory alien autopsies and intrigue, including — according to Syfy's promotional material — a Hunter working against its own kind to try to save humanity. So, for thrill-seekers and science fiction fans, plus anyone who likes really out-there special effects, "Hunters" should be worth a look tonight.

(Syfy.com is also offering an alien skull for download, which you can make if you have access to a 3D printer.)