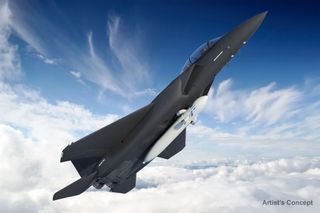 The Defense Advanced Research Projects Agency (DARPA) is an advanced-technology branch of the U.S. Department of Defense. The purpose of the agency is to try out new technologies and make them operationally ready, if possible, and to reach beyond current military technology to do something new.

“DARPA imagines and makes possible new capabilities for overcoming the multifaceted threats and challenges that lie ahead. This makes a better, more secure future possible,” the agency wrote on its website. “Precision guidance and navigation, stealth, unmanned aerial vehicles, night vision, and communications and networking are among the technologies that changed the face of war over the last two decades …"

The agency that became DARPA was created after the Soviet Union launched the Sputnik satellite in 1957. The first satellite sent to space sparked a wave of worry that the United States was falling behind technologically.

First called the Advanced Research Projects Agency, ARPA's first priority was to assert the United States' military presence in space. At the time, the Space Race was in full swing. NASA was sending astronauts on ever-longer and more-complicated missions to bring crews to the moon, which it succeeded in doing between 1969 and 1972.

Meanwhile, ARPA worked on ballistic missile defense; the fear was if the Soviets could launch a human into space, they might also use the rockets for defensive purposes. It created a nuclear test program called Vela that was supposed to detect when a Soviet nuclear missile was launched. Vela also was used for monitoring compliance after the Limited Test-Ban Treaty in 1963 reduced use of these weapons worldwide, DARPA stated.

“As the Advanced Research Projects Agency, ARPA was differentiated from other organizations by an explicit emphasis on 'advanced' research, generally implying a degree of risk greater than more usual research endeavors,” wrote Richard Van Atta in a summary of DARPA's first 50 years, published on the agency's website.

“Given that the ideas pursued are innovative, often revolutionary, they imply unknowns to the user in terms of how they will be implemented and how this implementation will affect the implementer’s overall operations,” Van Atta added. “To this end, the potential military users often seek to reduce their uncertainty by encouraging DARPA to carry forward the concept until these risks are minimized.”

The Internet. In the 1960s, the Advanced Research Projects Agency Network (ARPANET) was the first to use a technology called packet switching, which shares blocks of information across a network. Also, an ARPA-funded project for computer collaboration called the oN-Line System (NLS) “included the first practical use of hypertext linking, which proved the concept could work in the real world,” PC Pro wrote of NLS.

The computer mouse. The first version of the mouse was created to help users move around the NLS. It was created by Douglas Engelbart the 1960s with funding from ARPA, but the patent expired before the devices came into wide use in the 1980s. "The emergence of the Microsoft Windows operating system and Web browsers hastened the mouse's pervasiveness throughout the 1990s and into the first decade of the 21st century," Scientific American wrote of the invention.

The M16 assault rifle. "The rifle received high marks for its light weight, its accuracy, and the volume of fire that it could provide," Encyclopedia Britannica wrote of the rifle. However, earlier versions had jamming problems due to the design, a situation that was overcome after gun makers changed the powder used and soldiers were offered more cleaning kits and better training.

GPS. Today we routinely use GPS (global positioning system) for navigation, but in the early days it was very much a military system. The principle uses time signals from multiple satellites, according to Extreme Tech, which can tabulate location based on how far apart the satellites are from each other. ARPA was one of the entities working on an early version of GPS called TRANSIT, which was available in 1960 for pinpoint military operations.

Because DARPA is a military agency, much of its information is cloaked for security purposes. However, DARPA has proudly published a timeline of its technological history, and makes regular announcements to the media about projects that it is working on.

In 2015, DARPA announced it was moving forward on testing a satellite-launching fighter jet, called the Airborne Launch Assist Space Access program, or ALASA. The goal of this program is to reduce launch costs and to make it possible to order a satellite launch on demand, rather than waiting for a rocket to become available.

“One of the most important advantages ALASA would offer is that a jet can carry the rocket to almost any orbital trajectory and operators would only need 24 hours notice to make it happen,” wrote Geek.com of the initiative. “You don’t even need a big, expensive launch pad. Any airstrip will do.”

The agency is also one of several considering how to repair and refuel satellites in orbit. Satellites are usually limited by their fuel, which means that often perfectly functional satellites need to be junked because they are out of gas. DARPA is looking into droids that may be able to repair the satellites, potentially lowering the long-term cost of satellites.

“Bringing this servicer into operation will create a satellite fleet servicing capability rather than the isolated, unserviced satellites of today,” said the request for information on the project, which DARPA put out in 2014.

“Because the majority of satellites in [geosynchronous Earth orbit] are commercially owned, a promising approach to ensuring a servicing capability for U.S. government assets is through a model that jointly engages commercial stakeholders.”

Other space technologies DARPA is working on include a space plane (XS-1), a folding space telescope design (Membrane Optical Imager for Real-Time Exploitation  or MOIRE) and a satellite recycling project (Phoenix).