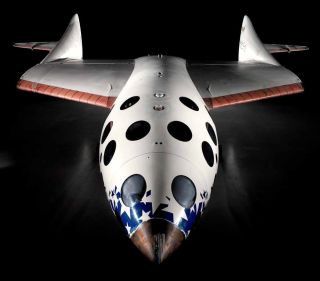 Nicholas Thurkettle is a lifelong outer-space enthusiast and co-author, with M.F. Thomas, of the acclaimed sci-fi thriller "Seeing by Moonlight" (BookBaby, 2013). He contributed this article to Space.com's Expert Voices: Op-Ed & Insights.

The first British group to top the Billboard Hot 100 in the United States was not The Beatles but a group that went by the name The Tornados. In 1962, they recorded a pop instrumental tune with a catchy melody played on a prototype Vox Continental organ. The song was called "Telstar," and it was recorded in a single day and was released just five weeks later, to capitalize on the British public's fascination with the Telstar 1 communications satellite that had just launched.

Telstar 1 lasted for only a few months, as it was damaged by radiation from high-altitude nuclear bomb tests. But among other great advances, it facilitated the first satellite phone call in history, while being powered by solar cells generating a maximum of about 14 watts of power.

Most of the public doesn't remember the humble little Telstar 1 , or the song that honored it — though the name is still proudly in use, with Telstar 18 operating over our heads since 2004.

History has a way of reducing eras to moments. They're like Pavlovian memories, images activated by their labels to stand in for something far more complex. When you say "Space Race," the majority of people will picture Neil Armstrong taking one giant leap for mankind. The discovery, the bravery, the setbacks, the "Right Stuff" — all the cultural noise, both positive and negative, of those decades post-World War II — get organized into a file, its cover image Neil Armstrong in his spacesuit . Distance reduces the complexity and uncertainty of the time, and unifies it under one image of absolute triumph.

When you say "NASA," though — or "outer space" in general — the picture seems to be in flux these days, doesn't it? Images, both glorious and horrible, compete to represent our impressions. The Curiosity rover lands on Mars and begins to explore, and optimism and delight surge in the community of outer-space enthusiasts. Virgin Galactic's suborbital tour plane SpaceShipTwo catastrophically disintegrates over the Mojave Desert, costing a heroic life and triggering grief and sober review of the dangers of being on the exploratory forefront.

Television sensations like "Cosmos" and hit films like "Gravity" and "Interstellar" inspire imaginations and put the wonders of space back into popular culture. U.S. congressional funding for NASA triggers annual debates about the public versus private sectors that play out with tribal ferocity. Far, far out in the solar system, NASA's New Horizons probe successfully comes online, teasing the world for our first close-ups of strange Pluto in 2015.

These days, the perception of space in our collective dialogue seems to resemble a roller-coaster Wall Street stock, racing up and down from every new development. For those of us who love outer space and what it represents for both the scientific and spiritual progress of humanity, it can test us to endure the whipsawing twists. It's like watching someone we love being grabbed onto a bandwagon one day, and then dragged toward the gallows the next.

I was not alive during the heyday of the Cold War space race, but reading about the bold inventiveness of that era, dreaming of the way one astronaut could unite people on Earth in wonder, it can make one envious of the moment, desirous to find some way to inspire that level of love again.

I personally find relief from the anxiety by remembering that all of these debates take place in a modern framework wherein space travel is real, accepted and normal. In the 19th century, it was only happening in the wild imaginings of authors like Jules Verne and Richard Adams Locke (the speculated, but not confirmed, creator of the Great Moon Hoax stories that appeared in New York's newspaper The Sun in 1835). In the first years of the 20th century, world-changing physicist and engineer Hermann Oberth was just a teenager building model rockets inspired by Verne's writing. The World Wars turned all of mankind's greatest technological advances, including Oberth's, into murderous nightmares, and for many years rockets were only as good as the number of people you could kill with them.

Here we are now, though, with a space program that is much more benign — one of the stickiest complaints these days is that Richard Branson is financing his Virgin Galactic ventures by selling suborbital tour packages to rich celebrities. I'll take that critique on elitism over a Cold War terror of ICBMs.

The space program is no longer one national entity like NASA but a gloriously webby international public-private endeavor that sometimes competes, sometimes collaborates and produces regular quiet successes, all of which would have been impossible in Armstrong's heyday. For more than 14 years, there have been human beings in space every single day, aboard the International Space Station, carrying out a mission that keeps the United States and Russia communicating even amid Earth-shaking political tensions. Even the hardiest privatization advocate isn't arguing that we abandon space; they simply disagree on whom should pay for it, and in what proportion.

These ups and downs in short- and medium-term perception might be viewed as similar to the crew and cargo modules regularly rising and returning to Earth. No single event is unifying or galvanizing, but they happen, and happen and happen, fantastically ordinarily, all the while building the road to that next moment that will reaffirm the idea of outer space in the human consciousness with all the optimism space lovers like ourselves already feel.

We don't know what that event will be. Maybe it will be when (not if) we set foot on Mars. Maybe it will be when (not if) we discover recognizable life above the microorganism stage thriving on another world. It is impossible to predict what the reaction will be, other than that it will be revolutionary. The 21st century is the century where humankind simply exists beyond Earth — not in people's imaginations or in military scenarios or future experimental plans, but today. Zoom out and take a look at the world the way that the space program first allowed us to do in that iconic photo of one Earth. You will see triumph.