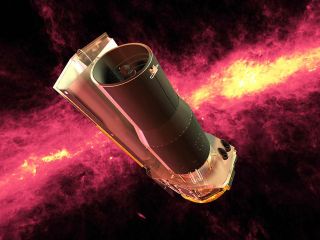 One of the leading candidates for NASA's ambitious asteroid-capture mission appears to be a pile of rubble.

New observations by NASA's Spitzer Space Telescope suggest that a space rock known as 2011 MD is a viable option to snag and drag into orbit around the moon, bringing the number of "valid candidates" for the mission at this point to six.

The data also allowed astronomers to calculate that 2011 MD is just one-third as dense as solid rock, indicating that two-thirds of the asteroid is empty space. [NASA's Asteroid-Capture Mission in Pictures]

Sizing up a space rock

It's tough to determine an asteroid's size using observations in visible light; a small, white object could appear brighter than a huge dark one, for example. But Spitzer is optimized to view in infrared wavelengths, which are much more reliable in this regard.

Using Spitzer observations of 2011 MD collected over a total of 20 hours in February of this year, Mommert and his colleagues concluded that the asteroid is about 20 feet (6 meters) wide, making it small enough to bag up and bring back to Earth with a robotic spacecraft.

"You might actually be able to put this asteroid into your garage at home," Mommert said.

After combining Spitzer's images with observations of 2011 MD gathered by ground-based telescopes in visible light, the researchers were able to calculate the asteroid's mass, and thus its density.

Surprisingly, the asteroid is about as dense as water, suggesting that it's very porous. 2011 MD may be a "rubble pile" — a loose collection of medium-size rocks — or a single large rock surrounded by a cloud of dust and pebbles.

NASA is still planning out the details of its asteroid-capture mission, which seeks to drag a near-Earth asteroid into orbit around the moon using a robotic spacecraft. Once the rock has been placed in orbit, astronauts would visit it, perhaps multiple times, using the agency's Orion capsule and Space Launch System rocket.

The overall goal is to get astronauts to the captured asteroid by 2025, in order to meet a directive issued by President Barack Obama in 2010.

The agency is considering two main capture approaches: "Option A" would bag up an entire space rock less then 33 feet (10 m) in diameter, while "Option B" would snatch a boulder off a much bigger asteroid. So far, NASA  has identified three "valid candidates," asteroids known to fit the capture criteria, for Option A and three for Option B, said Paul Chodas, a senior scientist in the Near-Earth Object Program Office at NASA's Jet Propulsion Laboratory in California.

The space agency will decide which option to pursue late this year, officials have said.

A deep-space rendezvous with the target space rock will likely come in the early 2020s, so there's still time to search for more candidates, officials said.

"Our current schedule shows that we wouldn't need to actually make a final selection of a target until one year before launch," said Michele Gates, program director for the asteroid redirect mission.