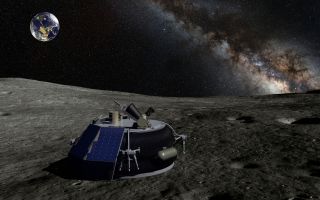 NASA has shortlisted three potential commercial partners for non-funded agreements as part of the agency's quest to land robotic spacecraft on the moon.

The companies — Astrobotic Technology Inc., Masten Space Systems Inc. and Moon Express Inc. — will now proceed to the next stage of negotiations for the Lunar Cargo Transportation and Landing by Soft Touchdown (Lunar CATALYST) initiative.

While NASA will not provide money, the agency is prepared to offered assistance in technical matters, access to test facilities, equipment loans and software for three years. The ultimate goal would be bringing scientific experiments to the moon's surface.

"NASA is making advances to push the boundaries of human exploration farther into the solar system, including to an asteroid and Mars, and continues to spur development in the commercial space sector," Jason Crusan, director of the advanced exploration systems division at NASA Headquarters in Washington, D.C., said in a statement.

"Robotic missions to the moon have revealed the existence of local resources, including oxygen and water, which may be highly valuable for exploration of the solar system," Crusan added. "The potential to use the lunar surface in partnership with our international and commercial partners may allow these resources to be characterized and used to enable future exploration and pioneering."

When the project was first announced in January, NASA said it expects Lunar CATALYST will let companies do commercial endeavors such as moon mining, while advancing science and technology. The agency also believes it could help prepare for deeper-space missions such as a voyage to Mars.

Both Astrobotic and Moon Express are competing for the $30 million Google Lunar X Prize awarded to a private team that can land and perform activities on the surface of the moon by Dec. 31, 2015.