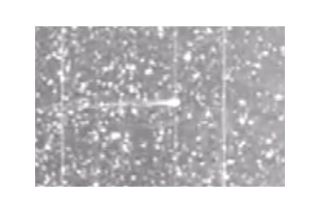 While all eyes have been on the potentially dazzling Comet ISON as it approaches the sun, one of the most studied comets in history — called Encke's Comet — will make its closest pass with the sun just one week before ISON.

Aside from Halley's Comet, Encke's Comet might be considered as the "Old Faithful" among comets. It likely has one of the most famous and richest histories of the mysterious, icy wanderers that wend their way among the planets.

Encke is the comet with the shortest documented orbital period — taking almost precisely 3.3 years to complete one revolution around the sun. Because it doesn't approach giant Jupiter as closely as some other periodic comets, Encke's orbit has remained more or less stable for hundreds of years. [Comet Quiz: Test Your Cosmic Knowledge]

This year, Encke's Comet will reach perihelion — its closest point to the sun — on Nov. 21. Whenever perihelion falls in November, December or January, the comet becomes very favorably placed for observers in the Northern Hemisphere.

Conversely, when perihelion is in May, June or July, the comet is difficult or impossible to see north of the equator, but can be well seen from the Southern Hemisphere.

The history of Encke's comet stretches back more than two centuries. The Parisian comet hunter Pierre Méchain first saw it as a fuzzy object on Jan. 17, 1786.

Because three revolutions of this comet so nearly equal ten years, it retraces almost the same path across the sky at such intervals.  True to this 10-year interval, the comet was not seen again until Caroline Herschel accidentally ran across it on November 7, 1795. Comet Encke was then about 24 million miles (38.6 million kilometers) from Earth, and her brother William reported that he could even glimpse it without any optical aid.

Another observer compared the comet in brightness to the Andromeda Galaxy. The comet was visible for three weeks before it disappeared into the evening twilight, but unfortunately, astronomers were unable to calculate an adequate orbit for it.

Yet another 10 years passed. The comet was discovered independently by not one, but three observers: Pons (Marseilles), Huth (Frankfurt-on-Oder), and Bouvard (Paris) within several hours of each other on the morning of October 20, 1805.

The comet would pass unseen through the inner solar system three more times before it was again recovered in 1818 and its unusually short period was finally recognized.

Jean Louis Pons at Marseilles discovered a comet on November 26, 1818, but had no way of knowing it was the same object that he had previously seen in 1805. Only when Johann Franz Encke, then just 27 years old, worked out the orbit, did it become clear to him that the comets observed in 1786, 1795, 1805, and 1818 were one in the same. Bringing his calculations forward, he predicted that the comet would next come to perihelion on May 24, 1822, which it did. [Amazing Comet Photos of 2013 by Stargazers]

His forecast was so accurate that astronomers universally attached the name of Encke to the comet. Yet, to his dying day, Encke always refused to accept credit for the comet that now bears his name.  He always maintained that he merely calculated its orbit and referred to it as "Pons' Comet."

Since Encke's calculation, the comet has been seen on every one of its returns with the sole exception of August 1944 when its unfavorable position in the sky made observations difficult at a time when most major observatories were hampered by wartime conditions.

Encke's Comet is also the first comet that has been observed throughout its orbit. The comet was has photographed at the far end of its orbit (aphelion), first in September 1913 and again in August 1972.

Since its 1786 discovery, this is the comet's 62nd recorded return!

Unfortunately, despite its fame, skywatchers should not expect an impressive showing from Comet Encke. You will need a telescope or at the very least, a good pair of binoculars to locate it. Skywatchers will also need a star chart depicting its projected path against the background stars.

Rarely does Comet Encke develop much of a noticeable tail. With such a small orbital period, and countless hundreds, if not thousands of previous visits to the sun's vicinity, this comet is probably "worn out." By now, most of its ices have been vaporized by the sun, and it probably consists of a fairly compact silicate residue, perhaps thinly mixed with the remnant of its original ices.

Currently, the comet is diving south and east through the constellation Virgo, where it will reside for the next 10 days, an easy object to see in binoculars, currently glowing at magnitude 7 (the lower the magnitude, the brighter the object; 6.5 marks the threshold of naked eye visibility). You'll need to have a star chart showing the comet's night-to-night path among the stars and a clear view low toward the east-southeast about a couple of hours before sunrise.

Two for the price of one

A few days after its Nov. 21 perihelion, Encke will be situated just a couple degrees to the north of the much-ballyhooed Comet ISON which itself might be a naked-eye object at perhaps around magnitude 3. After that, Encke will disappear into the dawn twilight and remain out of our view through the rest of 2013.

If you do happen to make a sighting of Encke's Comet, you will have seen it more times than Encke himself.  As Robert S. Richardson, former associate director of the Griffith Observatory and Planetarium in Los Angeles once noted:

"Although he devoted about forty years of his life to keeping track of this comet, Encke apparently never took the trouble to look at it through a telescope; a desk man to the end!"

Editor's note: If you snap a photo of Comet Encke or any other amazing night sky view and you'd like to share for a possible story or image gallery, please contact managing editor Tariq Malik at spacephotos@space.com.