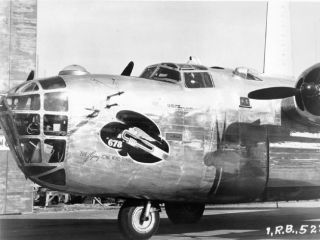 This Consolidated B-24 Liberator was modified to study the effect of icing.
(Image: © NASA.)

In this historical photo from the U.S. space agency, a Consolidated B-24 Liberator was modified in 1961 for studies on the effects of inflight icing on all aerosurfaces such as the wings, tail, engine cowling, nose, props, and antenna. The aircraft operated from the NACA Lewis Research Center in Cleveland, Ohio.