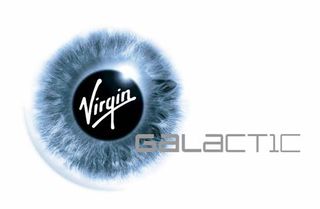 Sir Richard Branson's Virgin Galactic space travel company has ironed out an agreement to utilize a futuristic spaceport to be built in New Mexico, with first flights of a suborbital spaceliner now planned in late 2008, early 2009.

Details of the agreement were discussed today in a press event called by Virgin Galactic and held at The Science Museum's Alien Exhibition hall in London, England.

According to an Associated Press (AP) account of today's press event, Branson has worked a deal with New Mexico that involves a 20-year lease on the spaceport, a facility that is price tagged at $225 million to build.

Virgin would make yearly payments of $1 million for the first five years, putting in more money in following years to cover the cost of the project by the end of the lease, the AP reported.

New Mexico Economic Development Secretary Rick Homans said at the London press briefing that funding to build the state's spaceport--following Environmental Impact Statement approval and a governmental licensing of the spaceport--would come from a mix of local, state and federal sources.

Earlier this year, Branson joined forces with aerospace designer, Burt Rutan, to create The Spaceship Company. The joint venture has been formed to build a commercial suborbital craft patterned after SpaceShipOne and to be constructed by Rutan and his team at Scaled Composites in Mojave, California.

It was SpaceShipOne that repeatedly flew to the edge of space last year, snagging the $10 million Ansari X Prize in the process. Along with a SpaceShipTwo, a huge carrier craft to haul the rocket plane to high altitude is also being fabricated.

Virgin Galactic has placed an order for five of the spaceships, expected to be delivered sometime within the next couple of years.

On Wednesday, Branson is slated to join New Mexico Governor Bill Richardson to "make an important economic development announcement regarding the Earth's first purpose-built commercial spaceport for the personal spaceflight industry in New Mexico," according to a news advisory issued by the New Mexico Economic Development office.

Later in the day, following the Branson and Richardson press event in Santa Fe, spaceport officials and Branson will gather at the future spaceport site, off Exit 32 from Interstate 25. That's where the Southwestern Regional Spaceport in Upham, New Mexico is to be built.

Upham is roughly 45 miles north of Las Cruces and 30 miles east of Truth or Consequences. The now barren stretch of land that will become the spaceport covers some 27 square miles, having a north-south configuration.

If given a governmental go-ahead, the New Mexico spaceport would join a list of approved spaceports.

When word began to spread last week that Branson was "eyeing" New Mexico's spaceport as a departure point for public space travel, little did anybody know how prophetic that term would be.

At a Virgin Galactic press conference today, the commercial spaceline firm unveiled a new logo design that will feature the iris of Branson.

The logo concept comes from Philippe Starck, in conjunction with a design agency, GBH Design Ltd.

Starck is a founder astronaut for one of the first hundred commercial seats onboard Virgin Galactic's suborbital spaceliner.

In displaying the logo concept, Branson said: "I believe it represents all those who will watch and be a part of the growth of this amazing new commercial aviation sector. Whether they are six or sixty, all will see and believe that a new chapter in the story of space flight has begun."

Mark Bonner, Creative Director at GBH Design Ltd, added: "Our aim is not just to create something that represents the opportunity for an ordinary person to travel into space and to look back at the planet where we all live, but also to represent the incredible spirit of human endeavor that continues to push us all forward".