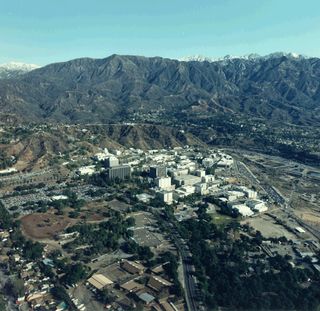 The California Institute of Technology will manage NASA's Jet Propulsion Laboratory for at least five more years, the space agency has announced.

The $8.5 billion contract runs through Sept. 30, 2017, ensuring that Caltech will be at the helm when NASA's newest mission to Mars — a JPL-led lander called InSight — arrives at the Red Planet in 2016. The Pasadena-based university has managed the nearby Jet Propulsion Laboratory since 1958, when the lab was transferred from military to NASA jurisdiction.

"We are very pleased to be continuing our partnership with NASA," Caltech president Jean-Lou Chameau said in a statement announcing the deal Friday (Aug. 17). "Through this sustained collaboration, we ensure that JPL continues to be a national resource for space exploration, scientific leadership, technology and discovery, as well as an inspiration for young scientists and engineers."

JPL is NASA's lead center for unmanned planetary exploration, and it also manages NASA's Mars Exploration Program. The space agency currently has two orbiters observing the Red Planet from above and two robots active on its surface, including the 1-ton Curiosity rover, which landed on Aug. 5.

On Monday (Aug. 20), NASA announced that it aims to send another mission to Mars in 2016. InSight — short for Interior exploration using Seismic Investigations, Geodesy and Heat Transport — will drop a lander on the Red Planet in September of that year to probe whether Mars' core is liquid or solid, and why the planet's crust apparently isn't composed of shifting tectonic plates like Earth's is.

The $425 million InSight will be managed by JPL, as is Curiosity's $2.5 billion mission, which is formally known as the Mars Science Laboratory. MSL seeks to determine if Mars is, or ever was, capable of supporting microbial life.

Both Caltech and JPL are located in Pasadena. JPL director Charles Elachi also serves as a vice president of the university, and the Mars rover Curiosity's lead scientist is John Grotzinger, a Caltech professor.