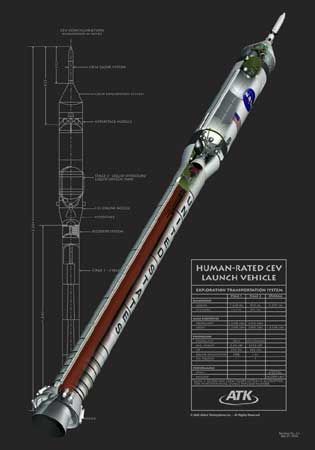 BOULDER, Colorado - NASA will soon make public its space exploration strategy of returning crews to the Moon and sending humans to distant Mars and other targets.

But implementing such lofty goals is fraught with political correctness, as well as the need for heavy doses of technological suitability and cost-saving savvy.

Similar to a rocket blastoff into deep space, the proposal to fling humans beyond Earth orbit depends on using a favorable launch window.

And for those gathered at the 8th International Mars Society Convention, held here August 11-14 at the University of Colorado at Boulder, that launch window is now.

Time has been wasted

It is a "uniquely favorable moment right now" to put in motion the Moon and Mars efforts as outlined by President George W. Bush in January of last year, said Robert Zubrin, President of the Mars Society, a public space advocacy group. Due to the fact that the Republican Party controls both Houses of Congress, he added, "it is possible to get money to launch such a program."

Zubrin said that, in his view, the new NASA chief, Michael Griffin, is the "first real NASA Administrator" to run the agency since the rein of Thomas Paine who commanded that top post in 1969-1970.

But time has been wasted following the Bush space vision pronouncements, Zubrin complained.

"This thing has got to get underway," Zubrin said while pointing out that the next U.S. President will not have the same ownership of the space exploration initiative given the White House leadership change in January 2009.

"If we don't do that, this program stands every possibility of being cancelled circa 2009," Zubrin warned.

An early element in the ATK plan makes use of a single space shuttle reusable solid rocket motor for the first stage of the launch vehicle to propel into Earth orbit a Crew Exploration Vehicle (CEV) - the yet-to-be built craft to replace the shuttle after its retirement in 2010.

Added to the solid rocket motor is a second-stage rocket engine, either a simplified version of the Apollo engine that took astronauts to the Moon, the J-2S, or a reworked space shuttle main engine that negates its original design of being reusable. The two-stage booster -- also dubbed "the stick" - would propel the CEV, topped by an escape tower that would be used in the event of a launch abort.

"Thinking about the politics...the timing...we need to fly this thing soon," Horowitz told the audience. "If we want to fly something before this Presidential term is out, we have about two years to build this. Actually, we're starting to get schedule crunched."

Horowitz said that the crew launch vehicle could be demonstrated in 2008. ATK has within its inventory of shuttle solid rocket boosters several that are not going to fly in the shuttle program, hardware that could be used for demonstration flights, he said.

In building a crew launcher and a heavy lift booster to support Moon and Mars human exploration goals, Horowitz said today's shuttle program of hardware and talented people can be synergized to build these new vehicles.

"We can't just cut a program, walk away and start again. That costs a lot of money," Horowitz advised. "The simpler we do this...the quicker we can do it."

Chris Shank, special assistant to NASA chief, Michael Griffin, said those at the space agency realize that they've got a lot of problems to overcome. "We need to build back a lot of the credibility that was lost over the last several years," he said.

Shank said NASA is engaged in going from today's "cartoon viewgraphs" to real hardware, real rockets, and a real Crew Exploration Vehicle. "I firmly believe that we're entering the most difficult phase of this journey...actually implementing the President's vision for space exploration."

Moving forward, however, means that "a lot of painful decisions" are being made in that process," Shank related. Some space exploration-related technologies, space station research, space nuclear power systems are being deferred, he noted, items that are going to be needed after the CEV comes on-line in the post 2010 time frame.

"So first things first in terms of where we are going to be putting our funding dollars," Shank explained.

Shank said that NASA will soon publicly reveal its "Apollo-like" space exploration architecture. It will be derived from using space shuttle hardware, sans the orbiter - the crew-carrying space plane.

Part of the plan, Shank explained, is developing a 100 metric ton "Big Daddy" super-lift booster. "That development won't start until after 2010."

Using the new space exploration architecture, Shank noted that mission modes call for a crew of three to the space station; a crew of four for lunar missions; and roughly a six-person crew for a Mars sojourn.

Attention is also being given to use of the International Space Station (ISS) as a test bed for future exploration activities, Shank said. However, the station won't answer all the questions before NASA begins to explore the Moon and Mars, he added.

One central worry regarding the ISS was flagged by Shank: a needed "legislative solution" to the Iran Nonproliferation Act of 2000. It was enacted to help stop foreign
transfers to Iran of weapons of mass destruction, missile technology, and advanced
conventional weapons technology, particularly from Russia.

A section of the Act bans U.S. payments to Russia in connection with the ISS unless
the U.S. President determines that Russia is taking steps to prevent such proliferation.

"NASA did not plan to rely so extensively on the Russian Space Agency in carrying out the space station program," Shank said, "but that's where we are today in terms of our reliance on the [Russian] Soyuz vehicle to provide crew rescue support."

Without a legislative solution, Shank advised: "U.S. astronauts are going to need to basically 'de-crew' the International Space Station starting in April of 2006. Thus, we will be handing over the keys, if you will, to the space station for the Russian visitors."

Lift and throw and away you go

Even before official release of NASA's exploration architecture, several concerns were raised by Zubrin, leader of the Mars Society.

For one, Zubrin advised, the best lunar mission is a single launch, direct to the Moon, then direct return to Earth. He considers a "lift and throw and away you go" strategy as the correct approach, with NASA seemingly considering a more complex strategy of returning humans to the Moon.

"They have an inferior lunar mission mode per se...but if they make the heavy-lift vehicle, they make everything we need them to make," Zubrin told the audience. "That's the most important thing the lunar program can give the Mars program."

Another area for concern, Zubrin said, is a far too heavy Crew Exploration Vehicle. Instead of a craft that is not small and simple, it might be designed to duplicate the capability of the space shuttle for supporting the International Space Station.

If that turns out to be the case for the CEV, "it will drive the Moon out 10 years...it will drive Mars out much further. And that's what we can't allow," Zubrin said.

"If we design our hardware for Mars and do the Moon as a subset of that hardware, then that lunar exercise will take us three-quarters of the way to Mars. And we, indeed, can have the Moon by 2012, Mars by 2016," he said. "The Moon is a place to visit. Mars is a place we can settle."