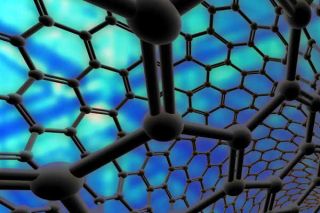 During the new DC Comics Universe series "Flashpoint," in which a time-traveling supervillain alters the past to warp the present, Life's Little Mysteries presents a 10-part series that examines what would happen if a major event in the history of the universe had gone just slightly differently.

Part 9: What if ... the forces that form molecules were stronger or weaker?

Complex molecules are created thanks to bonds that form between one atom's positively charged protons in its nucleus and another atom's negatively charged electrons. Atoms "share" electrons, and the protons' mutual attraction to the electrons and vice versa overcomes like-charge repulsions.

Life would be: Nonexistent, or with radically altered chemistries.

Mess with the fundamental values of electromagnetism, described above, and chemistry as we know it goes out the window. "The proton and electron balance each other perfectly — change that a little, and you have a very different universe," Jon Friedrich, a professor of chemistry at Fordham University, told Life's Little Mysteries.

Suppose the attraction between protons and electrons were greater, for example, such that the two particles, if freely existing, would combine. One would get nothing more than neutral neutrons, which have a mass that's a bit greater than that of a mashed-together proton and neutron, after the Big Bang.

Neutrons, being an uncharged particle, wouldn't lend themselves to any interesting chemistry (although in our universe, free-floating neutrons decay into a proton and an electron, plus another subatomic particle). Make the proton-electron attraction weaker and intricate chemical bonds between atoms would not occur, which means no giant biomolecules such as DNA.

Previously: What would life be like if the sun were half its size?

Next: What would be different if our solar system formed elsewhere in the universe?