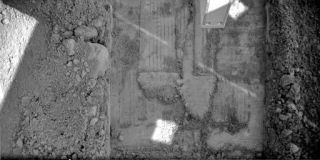 LOS ANGELES (AP) ? The Phoenix lander's first chemical sniffof Martian soil did not turn up any trace of the building blocks of life. Itsnext whiff could be its last.

Engineers said a short circuit that occurred last month inone of its test ovens designed to shake and bake minusculesoil samples could happen again when the instrument is turned on.

"Since there is no way to assess the probability ofanother short circuit occurring, we are taking the most conservative approachand treating the next sample ... as possibly our last," the NASA mission'schief scientist, Peter Smith of the University of Arizona in Tucson, said in astatement Wednesday.

Phoenix, which landednear the Martian north pole on May 25, has eight single-use ovens that heatand analyze Martian soil and ice for signs of organic, or carbon-based,compounds that are essential for life.

The landerdelivered its first soil sample scooped up from the surface to one of its ovenslast month. The experiment did not yield any ice or organics. Initially, theclumpy dirt could not fit through the oven's opening so scientists vibrated theinstrument several days to break it up. Engineers think the short circuitoccurred as a result of the repeated shakes.

Scientists want to bake another soil sample mixed with icybits in another oven next week. Since this could be the last time researchersconduct this experiment, they planned extensive testing on Earth to make surethey can quickly get the icy soil into the oven before the ice evaporates.

Meanwhile, Phoenix's robotic arm was set to sprinkle soilparticles taken from a trench dubbed Snow White onto its microscope on Thursdayfor analysis. If there are leftovers, the rest will be dumped into its wetchemistry lab.